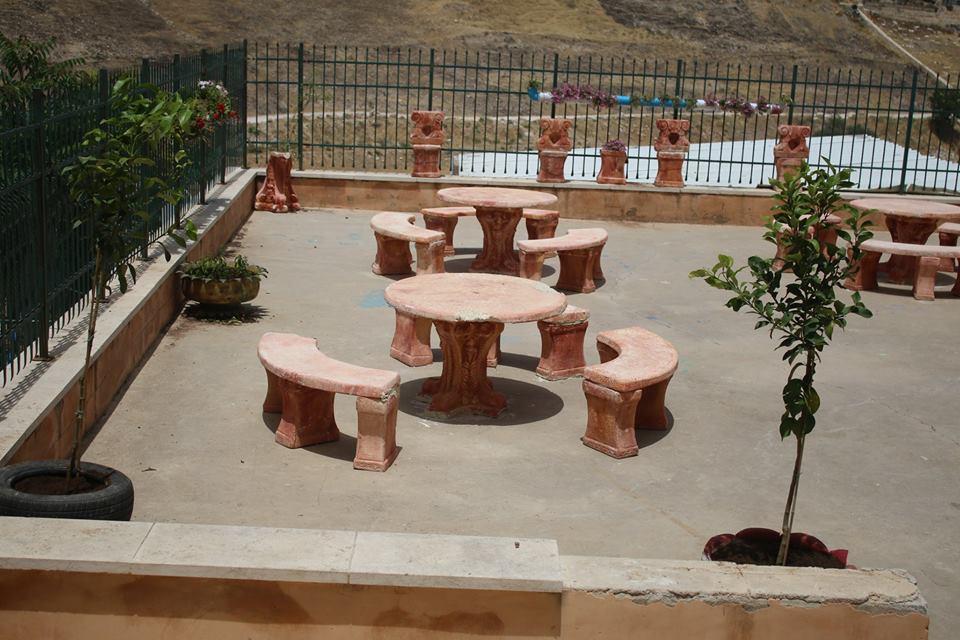 Burj Al-Luqluq Social Center Sciety and Pal-Vision institution renovated of Al-Thoury Club Garden & Al-Aytam School Yard in Al-Thoury, within Khuta project in partnership with the UNFPA and YPEER, under the supervision of the Higher Council for Youth and Sports and in cooperation with Shabab Al-Thoury Sports Club.

A group of initiators within the project in addition to Al-Thoury residents cleaned and planted “Al-Zain Land” located near Al-Aytam Islamic School and Shabab Al-THoury Sports Club after it had been neglected for so long. This lead settlers to try to take over the area and reuse it. Thus, the idea of cleaning these areas and plant them with olive trees arose in order to have a safe place for children going to Al-Aytam School and the Club as this area links a number of neighbourhoods inside Al-Thoury.