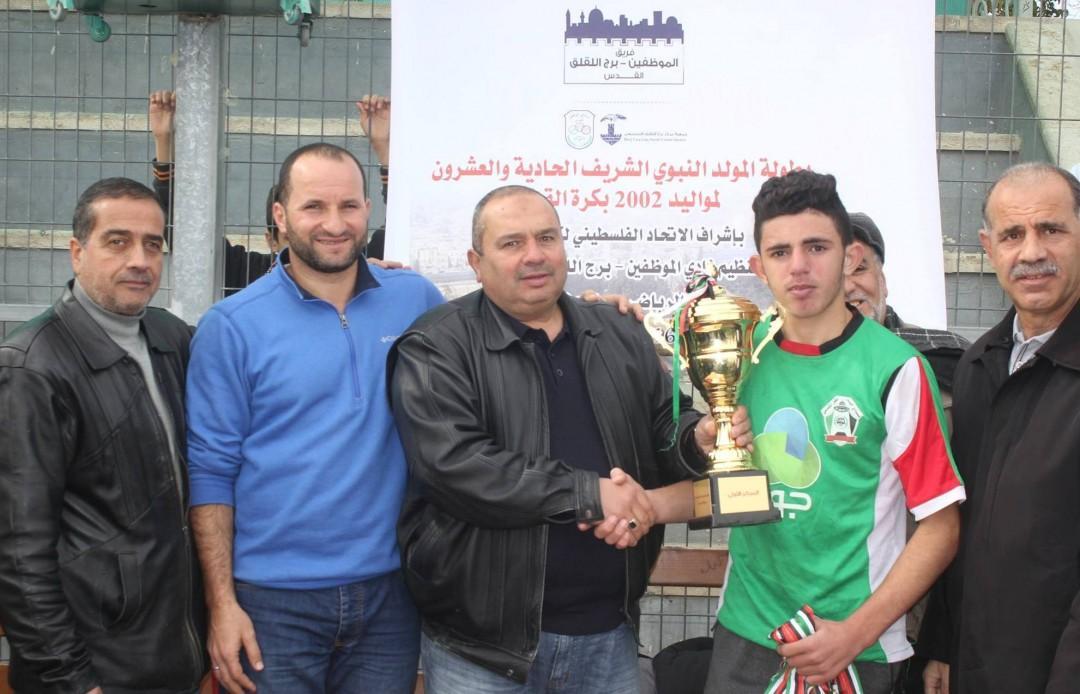 Burj Al-Luqluq Social Center Society in the Old City hosted the 21st edition of Al-Mawled Al-Nabawi championship. This championship is organized by Burj Al-Luqluq under the supervision of the Palestinian Football Federation under the sponsorship of the sport businessman Sa’id Misk and Pal-Sport Agency.

A closing ceremony was organized after the games with the attendance of the board members of Al-Muazzafin Club and Burj AL-Luqluq Center, Sa’id Misk, in addition to the huge audience.

It is worth mentioning that Jabal Al-Mukabber won the championship while Al-Muazzafin Club-Burj Al-Luqluq came second.