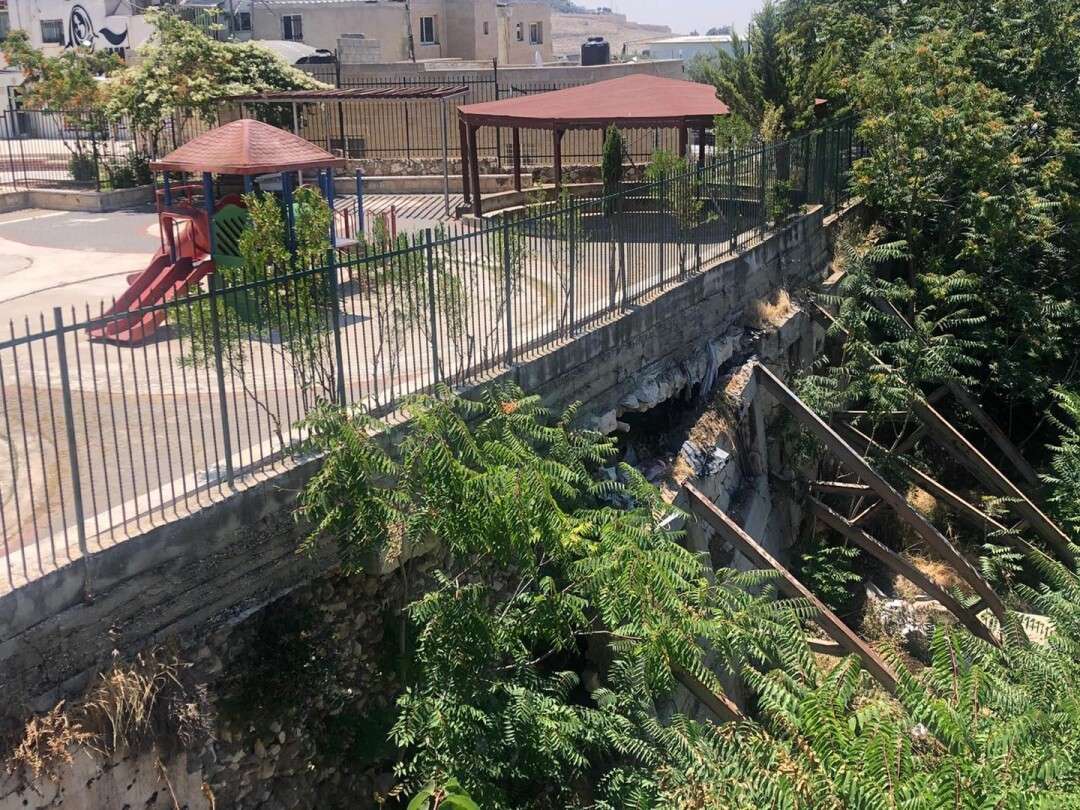 Burj Alluqluq Social Center Society Garden is one of the few public spaces within the walls of the Old City, with an ​​approximately 600 square meters area. It is an area that over the past years has served thousands of people from the Old City as a host to special or public events for residents of the Old City.

Four years ago, the occupation municipality closed it completely through the so-called “dangerous buildings department” in the “municipality of occupation” after the collapse of the western wall of the land separating the garden from the parallel land that is historically known as Hakurah al-Miskub.

Rift wall height is 8-12 meters, while wall length is more than 32 meters at least.

As for the estimated construction cost, along with excavation and laying of foundations, it is estimated at more than 2 million shekels, in particular, with the complexities of work inside the old town, with its systematic obstruction of elements of the so-called “Ministry of Tourism and Antiquities” and the municipality of the occupation.

We invite you all to think about constructive steps in order to preserve the land and restore life to the garden …!

Today, the land is a buffer zone between the center and the land that the occupation is trying to confiscate!