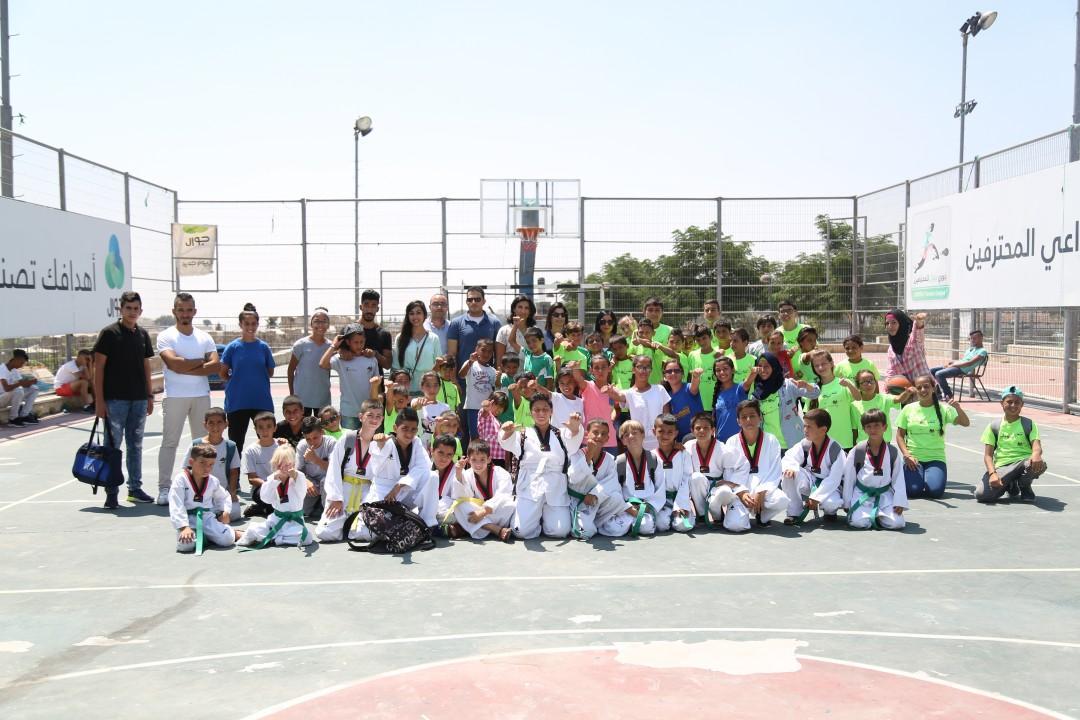 The camps were funded by the General British Council in Jerusalem, attracted 500 Jerusalemite children from diversified territories, targeted 100 participant from each club and attracts participants from Burj Al-Luqluq and Bab Hutta Nehiborhood.

The five summer camps focused on sport practices and life skills sessions for Jerusalemite children whom are residents of territories with neglected services, activities and community events.

Within the camps, multiple entertaining tours were organized for psychological discharge and changing the routine for these targeted children. Moreover, sport kits were distributed for participants in addition to bags full of hygiene stuffs such as creams, soup and towels and children were informed about the importance of maintaining body’s health and purity.

It’s worth mentioning that  these camps are within Juzur Youth project which implemented by Burj Al-Luqluq for the third time and funded by General British Council in Jerusalem.

The supervisor of these camps ‘ Mohammad Dweik’ confirmed that these types of projects have contributed and supported Jerusalemite Children by giving them opportunities for participating in multiple sports such as Parkour, Taekwondo, Football and Basketball in the Old City side, while in the other clubs, the concentration on life skills sessions and basketball was bigger. Furthermore, he adds that these camps are part of the biggest program that  implemented in collaboration with the council by which the concentration was on developing Jerusalemite youth through life skills sessions, communication, leadership and motivation in the residing places through using Burj Al-Luqluq modern equipments and learning the art of photography.