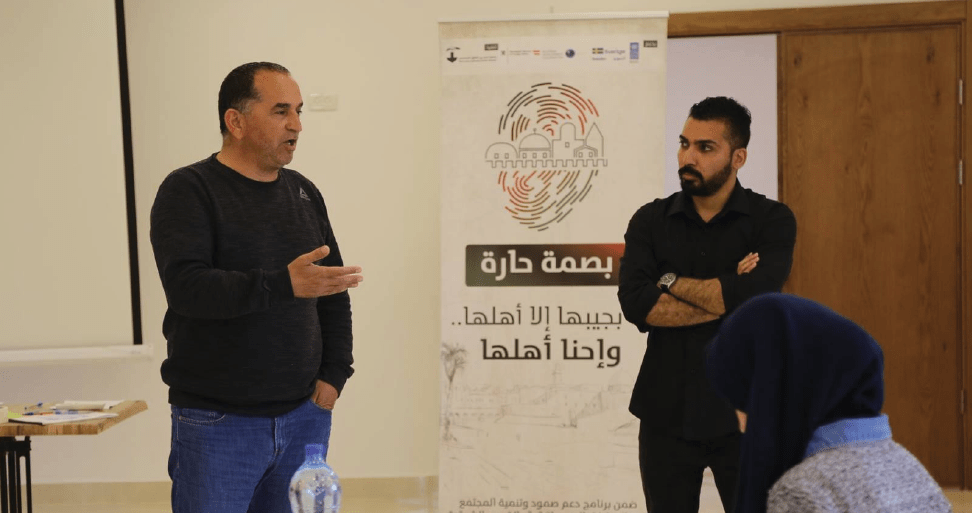 The Burj Al-Laqlaq Community Society has completed training to strengthen communication with the Jerusalem District Committees, which targeted more than 12 neighborhoods in Jerusalem through 20 representatives representing the Jerusalem areas.

The training took place at the Birra Jericho Hotel during the three days from 21-23 / 3/2019, which is a workshop on the approach of enhancing communication, how to develop projects and marketing or its purpose and activities and how to convince active groups from other neighborhoods to commit to support the project and achieve its objectives.

The workshop included 12 existing groups that are about to launch projects on various issues: building a stadium in Kafr Aqeb, a cultural club in Shu›fat, equipping a stadium in Al Thawri area and equipping indoor games in a kindergarten in Al-Jabal Al-Mukabber, The rehabilitation of Beit Hanina National Stadium, the construction of a playground in the Beit Safafa area, an innovative cultural center in Al-Tur neighborhood and the installation of a community center in Silwan.

Montasser Iddik, the association›s director, said that the goal of the training is to select the most important project or projects by activists through voting.

in addition that each neighborhood has put forward a project through its representatives and work in groups to inform its members on ways to communicate to organize the selection of the most important and most needed project in the Jerusalem area.

Montasser stressed the importance of training to enhance the spirit of belonging, communication, respect and appreciation of others from other neighborhoods. Where the project to establish a cultural club in Shu›fat was chosen through electronic voting which was unanimously agreed upon by the participants. Where every representative of a district of Jerusalem was given the opportunity to use two votes in the ballot, and the Shu›fat project would be launched as soon as possible.

The project is implemented through the Burj Al-Laqlaq Community Society with support and funding from donor countries (Sweden, Norway, Austria and Finland) through the Program for Support of Community Stability and Development in Areas C and East Jerusalem (CRDP) through the United Nations Development Program (UNDP).