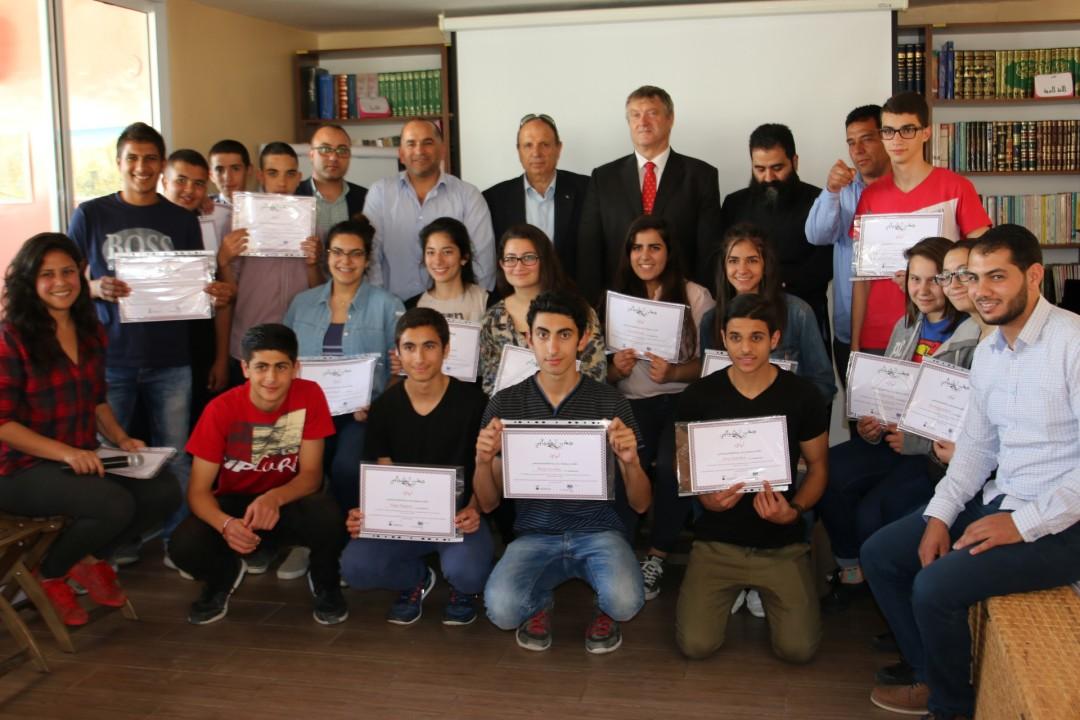 The ceremony started in cutting the ribbon of announcing and opening photography exhibition of the participants in which they presented their own captured photos in Old City neighbourhoods expressing the importance of recognizing and identifying the Armenian Neighbourhood. Furthermore,  Old City group with the cooperation of Suna’ Al-Hayah presented a show of the Jerusalemite transportation initiative in which they designed a smart application for helping citizens to use and to exploit the general transportation in an easy and modern methods.

Adnan Al-Husseini expressed his pleasure on Burj Al-Luqluq entrepreneurship role in supporting the Jerusalemite youth; confirming that Burj Al-Luqluq programs contribute to develop their capabilities and secure them from potential dropouts.

And then, participants were honoured by certificates and pictures were taken for the celebration.

Armenian food and cookies were presented within recognizing and identifying Armenians initiative.

Finally, It’s worth mentioning that the training sessions within Youth Juthur emphasized on communication, photography and using social media subjects in the aim of building youth groups for helping their communities and neighbourhoods in and outside of the old city.