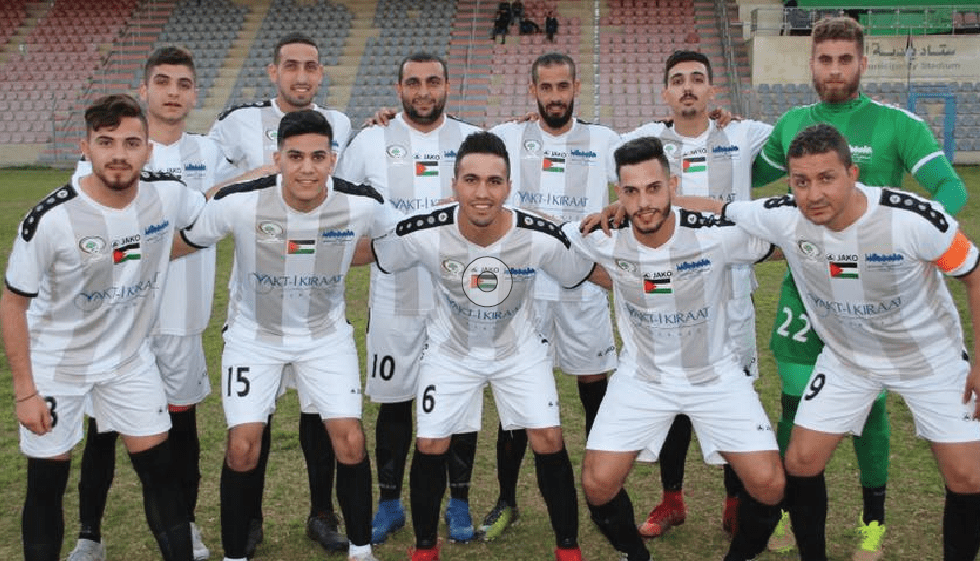 At the end of the second season of the season 2018-2019, after the team›s last game against Jabal al Zaytoon, the two teams to pay tribute to the wishes of healing to the player Jabal al Zaytoon Bashar Khois wishing him recovery and return to the stadiums.

The team of staff – Burj Al-Laqlaq has concluded the participation after having played 18 games in front of the other clubs and finally finished third place out of ten clubs representing the Palestinian Football Federation Branch Center.

In appreciation and thanks to the administrative and technical staff, the players and the representatives of the public, delegates are heading to the park of the Banana Land, where the guests have dinner and dessert.

Montasser Adkidk, Executive Director of the Burj Al-Laqlaq Association and the team›s managers, opened the ceremony with a speech praising the existing relationship as well as the efforts of the supporters and administrative and technical teams of the sports teams of different age groups, which provided excellent levels in the northern governorates.

Mr. Mahmoud Abu-Ghazaleh, Chairman of the Staff Club, who in turn thanked everyone and appreciated the role and effectiveness of twinning. Mr. Tariq al-Naqib said in a statement that he expressed his admiration for the club›s teams and their enthusiasm and dedication in serving the club.

In conclusion, souvenirs were presented to all administrative, technical and media staff in the presence of a number of players.