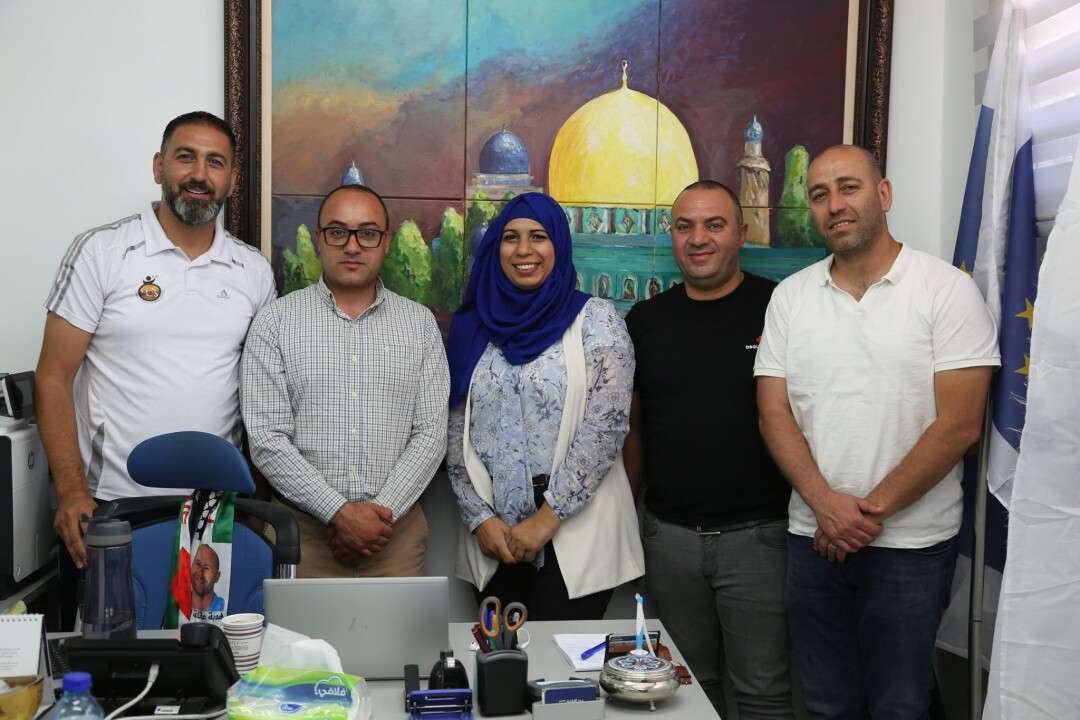 Burj Alluqluq Social Center Society signed a cooperation agreement with the football academy-The The capital club, this agreement which comes within the extension of the Play and Learn project as the center continues to provide various services related to academics and sports support.

This UNICEF-funded sports, and educational project that provides educational and sports services to more than 600 Jerusalem children.

The new project will include a team of 24 coaches/baskets, 18 teachers in mathematics, Arabic, and English, in addition to nine coordinators distributed over the nine partner clubs, including the football academy.

The project will also complete its sports, educational, and awareness training, in addition to the training for children with disabilities, which will soon be organized for the first basketball team of

“We in Burj Alluqluq Social Center Society see that we are the bridge between the donor and the children benefiting from this important project, which is one of the largest children’s sports projects in the center, and perhaps in Jerusalem, stressing the importance of the football academy as a Jerusalem sports edifice specializing in football,” emphasized the executive director of the center, Montaser Edkidik.

Where Mr. Muntaser Adkidik, Executive DirectorBurj Alluqluq Social Center Society and Mr. Ahmed Jaber, the youth projects coordinator in the center and Ms. Alaa Ghorab, coordinated the Play and Learn Project at the center and on the football academy / the Capital Club, Mr. Firas Abu Mayyaleh, the executive director of the club, and Mr. Bader Al-Mohtaseb, a member of the administrative body of the football academy, attended