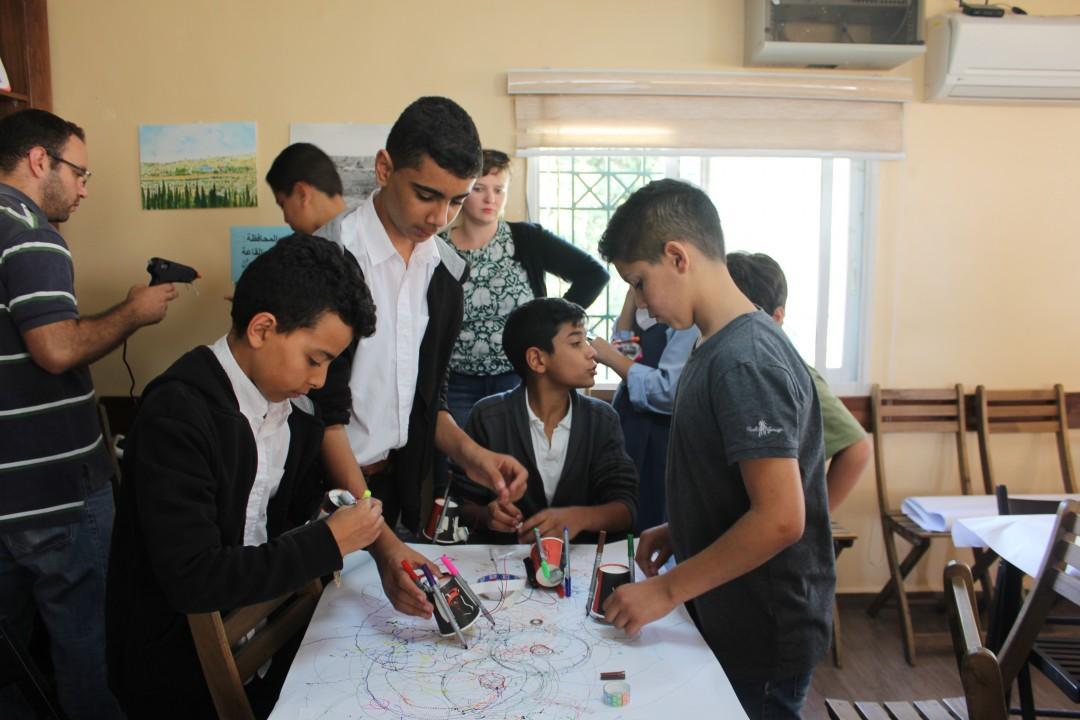 Both workshops aimed to educate children through playing, in addition to spreading scientific awareness.

It is worth mentioning that 15 male and female students participated in the workshop, they aged between 14 -9 years old and they really liked these activities.