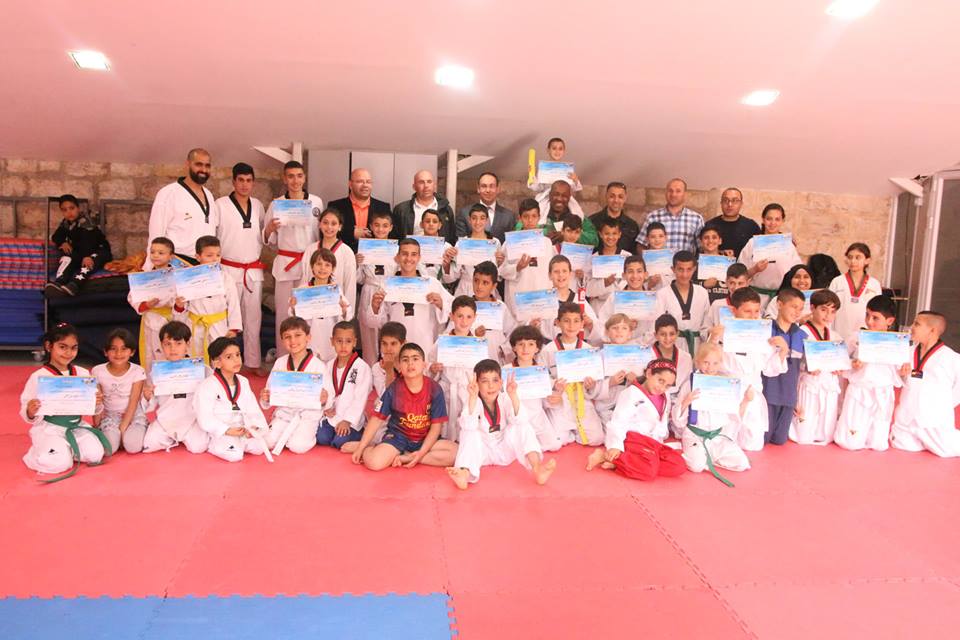 Burj Al-Luqluq Social Center Society graduated a group of taekwondo participants coached by Mohammed Khalil in the attendance of a group of Jerusalemite athletes and supporters like the Businessman ‘Samer Nussibeh’, the head manager of the prisoner’s club ‘Nasser Qaws’, the administrator of prisoners’ parents committee ‘Amjad Abu Assab’, the member ‘Ala’ Haddad’, the released prisoner ‘Riyad Al-Jubeh’ and Burj Al-Luqluq administrative staff.

At first, a welcoming speech for the crowd and the students was presented by Burj Al-Lulquq’s executive manager ‘Muntaser Idkaidek’ and he has confirmed that there are 80 taekwondo players in Burj Al-Luluq after two years of providing this service within the project ‘Live the Burj’, funded by UNFPA through the Islamic Bank for Development and supervised by Welfare Association.

And then, Nussibeh thanked Burj Al-Lulquq for its role in serving Old city residents by offering grounds, sports and entertaining activities to preserve the interaction of students, children, women and youth.

Finally, 70 players were honoured with medals in the attendance of their parents and families including memorable taken photos individually and in groups.