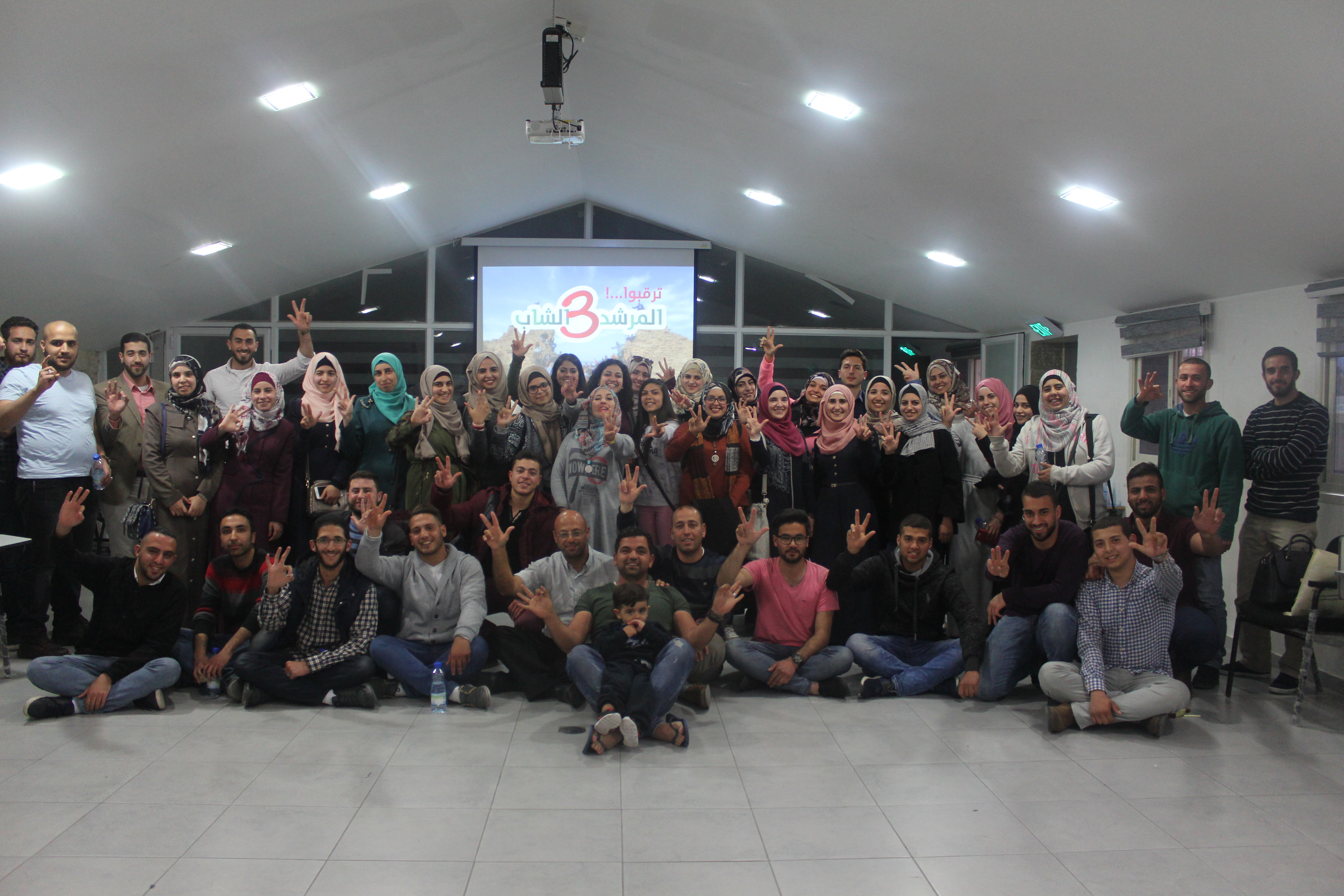 Burj Al-Luqluq Social Center organized and introductory meeting for the young guide 3 participants on Monday 10th April 2017. This program with its three versions aims to enhance the Palestinian identity in addition to preserve the Palestinian history of the displaced villages, cities and historical sites through arranging guiding tours in addition to special tour-guide training with the Palestinian version.
50 male and female youth from different Palestinian universities attended the meeting. They were chosen out of 400 people who applied for the program, of which 120 were called to be interviewed by a committee of volunteers who participated in the Young Guide 2 program. The committee had two weeks of interviews after which they chose 50 participants with different educational backgrounds.
It is worth mentioning that the first version of the Young Guide program was funded by the Jerusalemite businessman Munir Al-Kalouti within Shababek Ya Quds project while the second version was funded by the Arab Development Fund through the Islamic Fund for Development, and both were executed by Burj Al-Luqluq under the supervision of the Welfare Association.