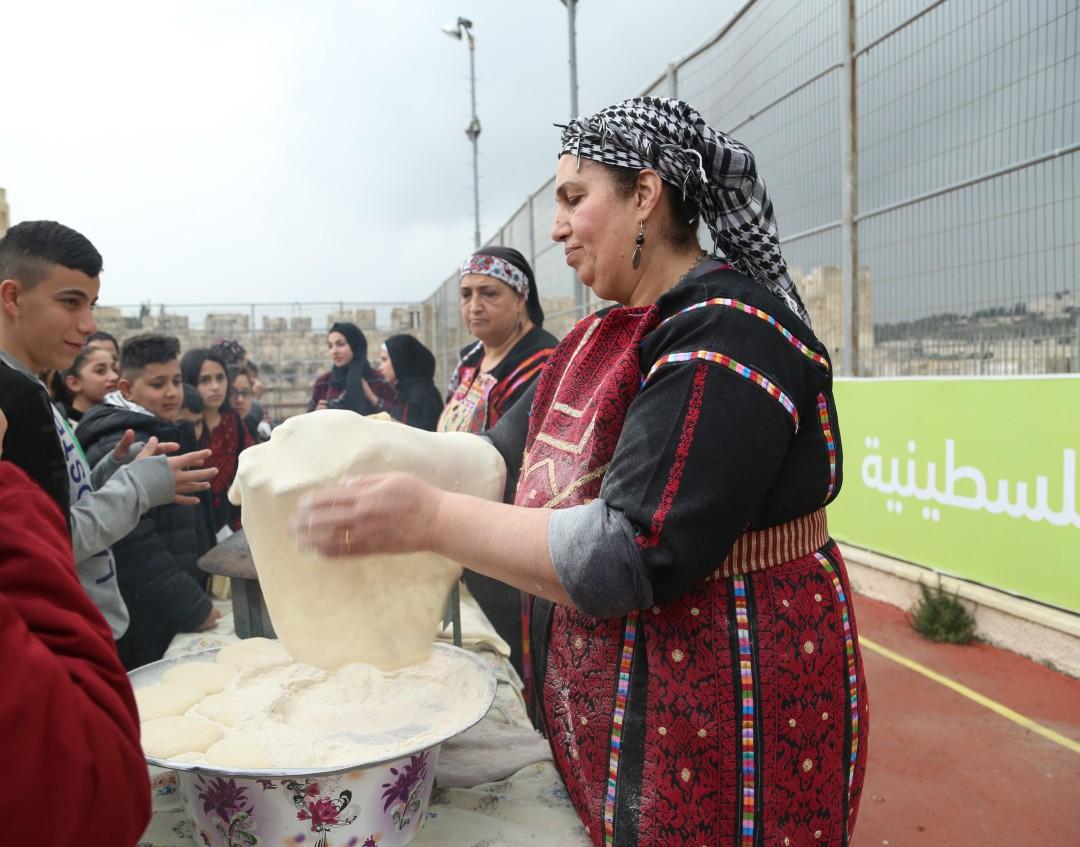 Burj Al- Burj Alluqluq Social Center Society and Al-Quds University implemented the “Palestinian Folklore” exhibition in the framework of Rahal program on Sunday 16/2/2020 at the headquarters of the Burj Al-Laqlaq center – Bab Hatta – the old city.

This exhibition came within another group of exhibitions that were implemented by both Burj-Alluqluq and Alquds university in cooperation with Rahal program participants and as part of strengthening the role of participants in giving and volunteering for the benefit of this city and the leadership of change and highlighting many concepts and topics.

This exhibition included many different parts and booths as well as hosting a speech for the young initiator, chairman of Al-Bustan center association, Qutaiba Odeh.

Among the different booths were the ceramic corner, the food booth, the traditional clothing corner, the popular and traditional games corner, also the heritage tools corner,

The program also Including dabka dancing and interactive competitions for participants.

The Executive Director of Burj Al-Luqluq, Mr. Montaser Edkaidek, stressed the importance of holding such exhibitions in the Holy City and to revive the Palestinian heritage and invoke it on our occasions.

For his part, Qutayba Odeh stated the importance of community work, continuity and permanence in carrying out such exhibitions that evoke history and salute him in the memory of the participants, and he drew the public about the difficulties he faced in his journey to establish the Al-Bustan Association and how the insistence and determination affected the march and the achievement of goals. The exhibition was concluded by the project coordinator Anas Ryan and thanked the volunteers and everyone who had a role in the success of this exhibition.