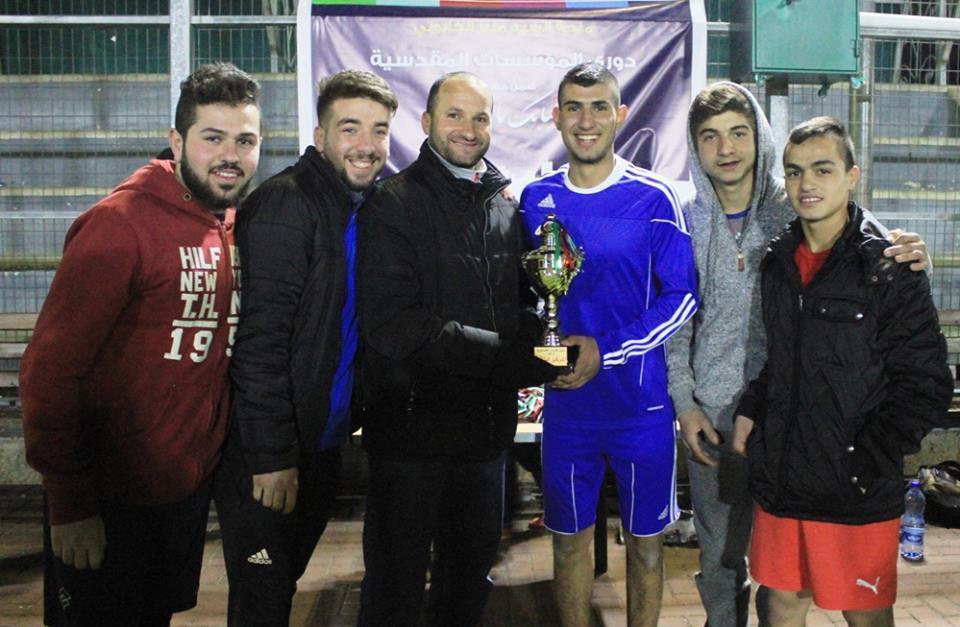 At the end of the tournament, the winning teams received cups and medals while the other teams were honored. It is worth mentioning that Shabab Beit Hanina came first and Wadi Al-Jouz came second.