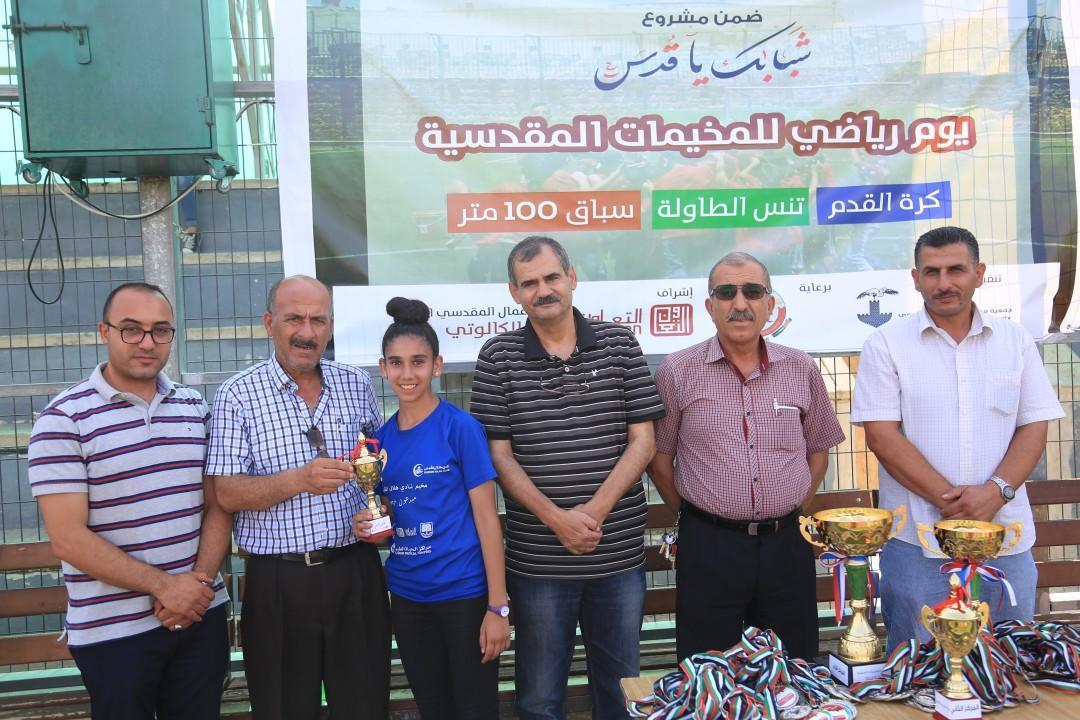 Burj Al-Luqluq Social Center organized on Thursday 27/07/2017 a sport day for Jerusalemite summer camps sponsored by the Jerusalem Clubs Federation, funded by the Jerusalemite businessman Munir Kalouti and supervised by the Welfare Association. YMCA, Hilal Al-Quds, in addition to Burj Al-Luqluq Center summer camps participated in the sports day; however, the Palestinian Academy was not able to enter the Old City of Jerusalem due to the latest problems.

After the competitions, the winning teas received prizes after the speech of Burj AL-Luqluq Executive Manager Muntaser Edkaidek, who stressed that this kind of events preserves the land of Burj Al-Luqluq and revives it.