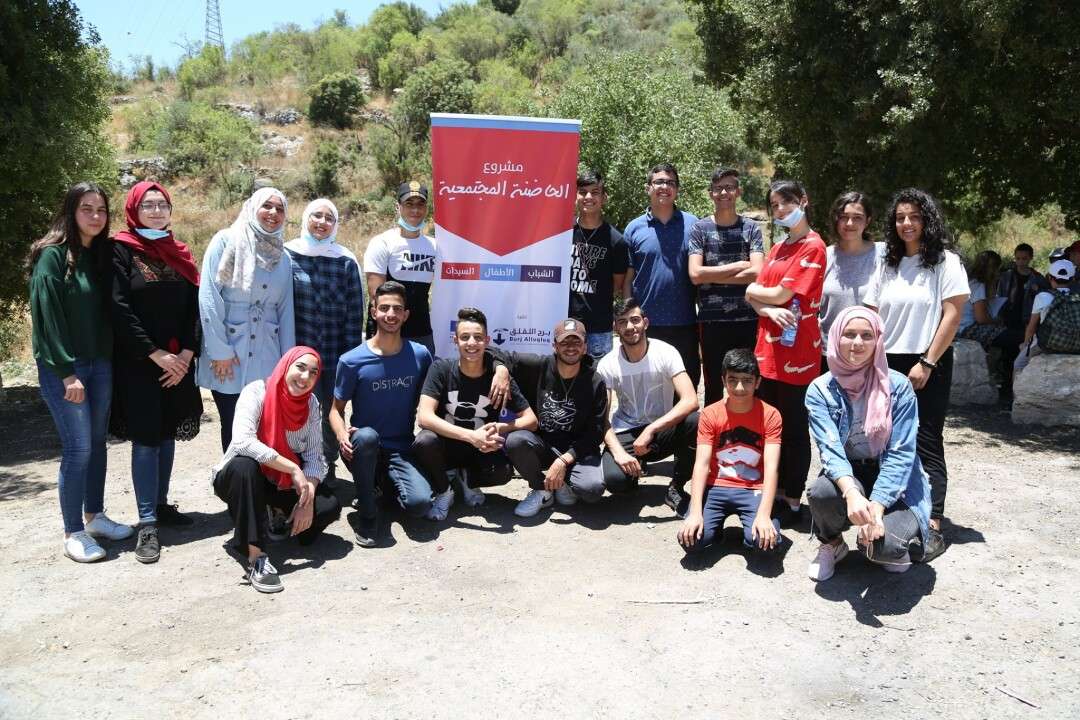 A joint tour of youth groups was launched at the Burj Alluqluq Social Center Society.

These groups have received a number of training and workshops on many topics over the previous period as part of  “Rahal” program within  Burj Al-Watan project funded by the Arab Fund for Economic Development through The welfare association.

The tour started from Herod’s  Gate, passing through the village of Sattaf, where the groups had breakfast, which was prepared by Bara al-Sandouk group in mutual coordination between them as an aspect of acquaintance, distribution of roles and teamwork, where the tour was the first activity that the two groups jointly undertake.

The tour lasted 6 hours in which the various activities and activities that each group prepared separately to break down the barriers and constructive acquaintance varied, Bara Al-Sandouq presented the introductory tour on the village of Sattaf, a displaced Palestinian village located in the west of Jerusalem, about 10 km away, overlooking two springs, Ain Sattaf and ain Bakara beside Wadi Al-Sarar.

The village was built with stones on the steep side of Wadi Al-Sarar, and it was divided into four neighborhoods.

The construction extended in parallel to the road that reaches Ein Karem village.

After getting acquainted with the village of Sattaf, the Kahraman group implemented a networking activity between the two groups.

After that, the path continued along with the village of Ain Karem, and they got to know it in detail.

The village of Ain Karem is located southwest of Jerusalem and is 8 km away from it.

The village is surrounded by several villages, such as Al Malihah, Al Qastal, Al Joura, and Sattaf.

The last stop of this tour was the village of Khirbet Al Lawz, which is located 11 km to the west of the city of Jerusalem and is surrounded by the lands of the village of Deir Amr, Al-Joura, Al-Walajah, and Aqour.

Finally, the groups participated in an effective challenge and competition that requires arranging the main events of the Palestinian issue in a historical sequence.

It was in the form of a race between the two groups aimed at identifying the history of Palestine and its important events. It was a very interesting and beneficial activity for all.

Then, the young men and women ate the food prepared by the Kahraman group and returned to Jerusalem.