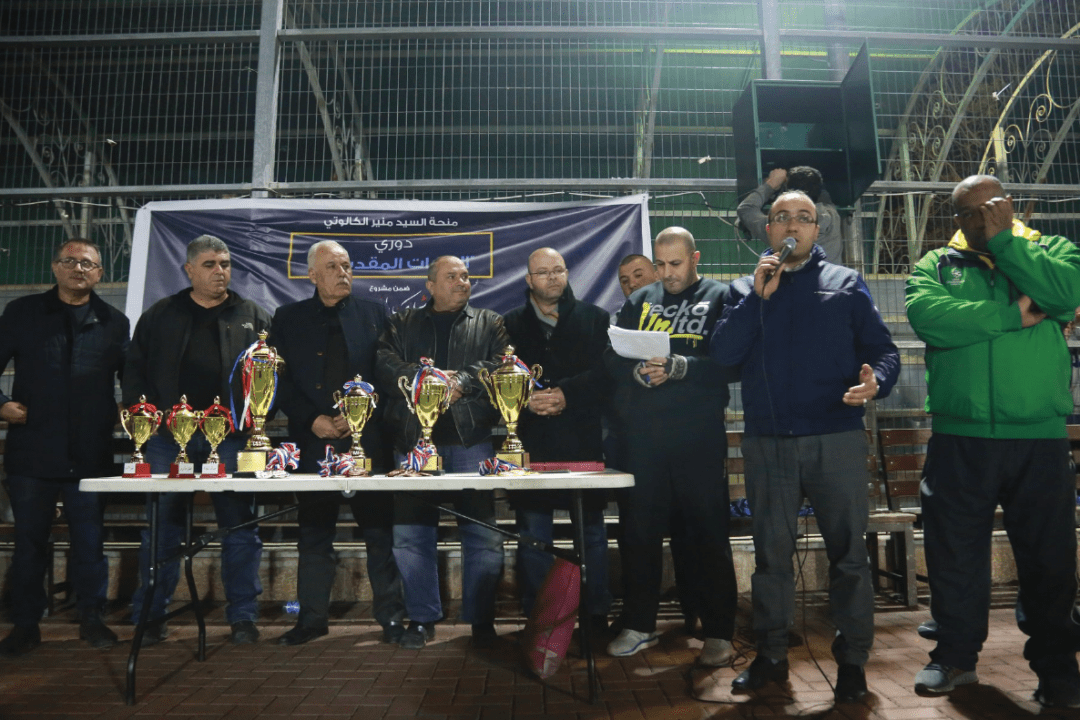 Silwan neighborhood won the neighborhood tournament championship on Burj Al-Luqluq playground as they played for 3 days in a row within Shababek ya Quds 3 project funded by the Jerusalemite businessman Munir Kalouti and supervised by the Welfare Association.

The final match started with an open speech by Burj Al-Luqluq Executive Manager, Muntaser Edkaidek who stressed on the importance of organizing this event periodically.

At the end of the tournament the winning teams were crowned in the presence of Burj Al-Luqluq Board Members and a number of Jerusalemite persons.

It is worth mentioning that Danial Sadah from Al-Nasara neighborhood was crowned as the scorer while Tamer Salman from his team was chosen as the best goalkeeper, and Hussam Zyadeh from Silwan was crowned the best player.