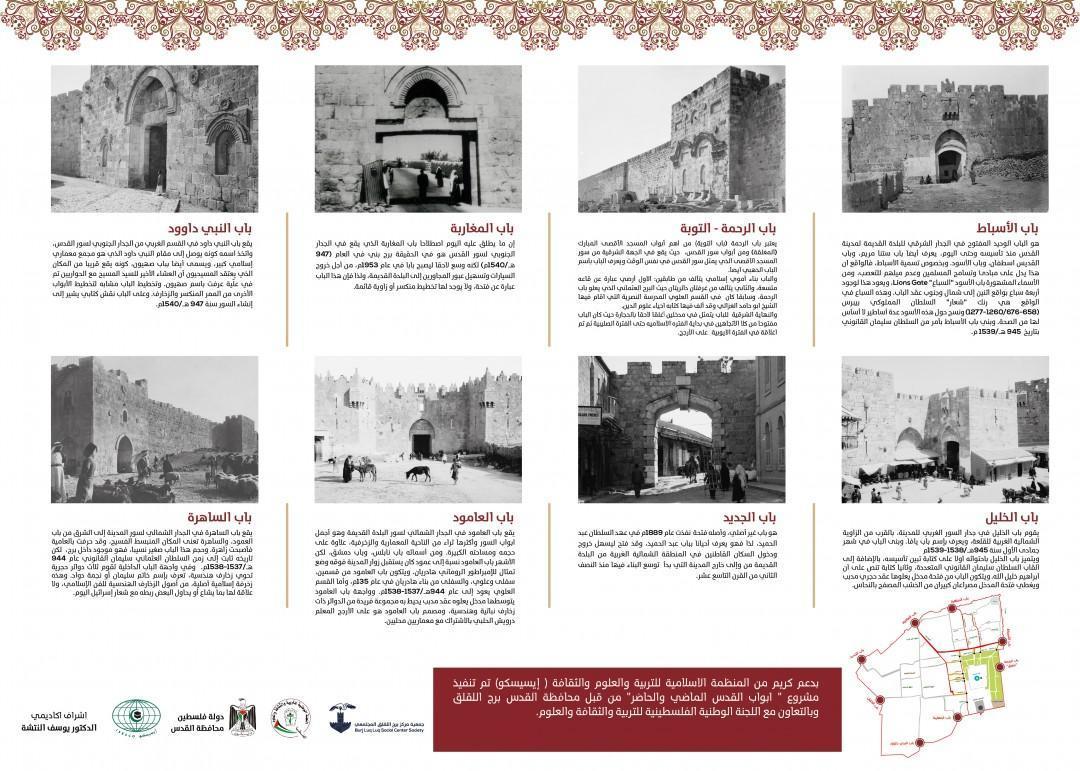 Burj Al-Luqluq Social Center Society end the year 2017 by reviving the “Jerusalem Gates, Past & Present” project in cooperation with Jerusalem Governorate, under the supervision of the Palestinian National Committee for Education, Culture and Science and funded by ISESCO.

Special designs were prepared for each gate which shows a 100-years-old photo of the gate alongside with a modern photo of the same gate, in addition to some historical information that tells the story of the gate.

The work on the new design of the project started in October 2017 with constant follow up by Mohamamd Halaseh from the governorate office and Laila Othman from PNCE which resulted in creating 900 Gates Frames to be distributed among the organizations.