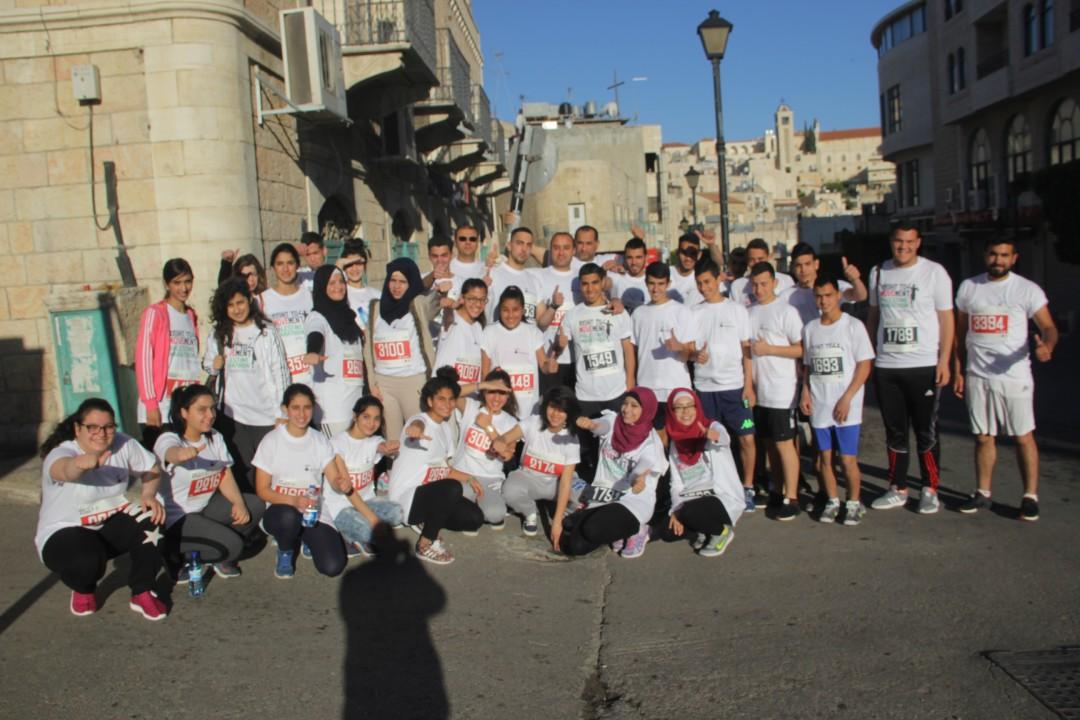 Burj Al-Luqluq team contained 50 Jerusalemite players whom were wearing drawn shirts indicating the consistency of Jerusalem as the capital of Palestine and of the isolated occupied Jerusalem.

Burj Al-Luqluq team supervisor, Marwan Sleem confirmed that this participation came along persevering the name of Jerusalem and for reinforcing the Jerusalemite existence in many territories. Furthermore, he adds that Burj Al-Luqluq team trained hard for this participation and made 4 slogans which are ‘ Keep Jerusalem in your mind’, ‘ Isolated Jerusalem’, ‘ I miss going to Jerusalem’ and ‘ Jerusalem is the Compass’ in the aim of reminding participants that Jerusalem is the capital, the compass and the issue. Finally, Marwan confirmed that Burj Al-Luqluq will participate continuously in these annual future marathons and will reinforce the cooperation with the organizing parties of this marathon in order to raise the number of participates in the next year.