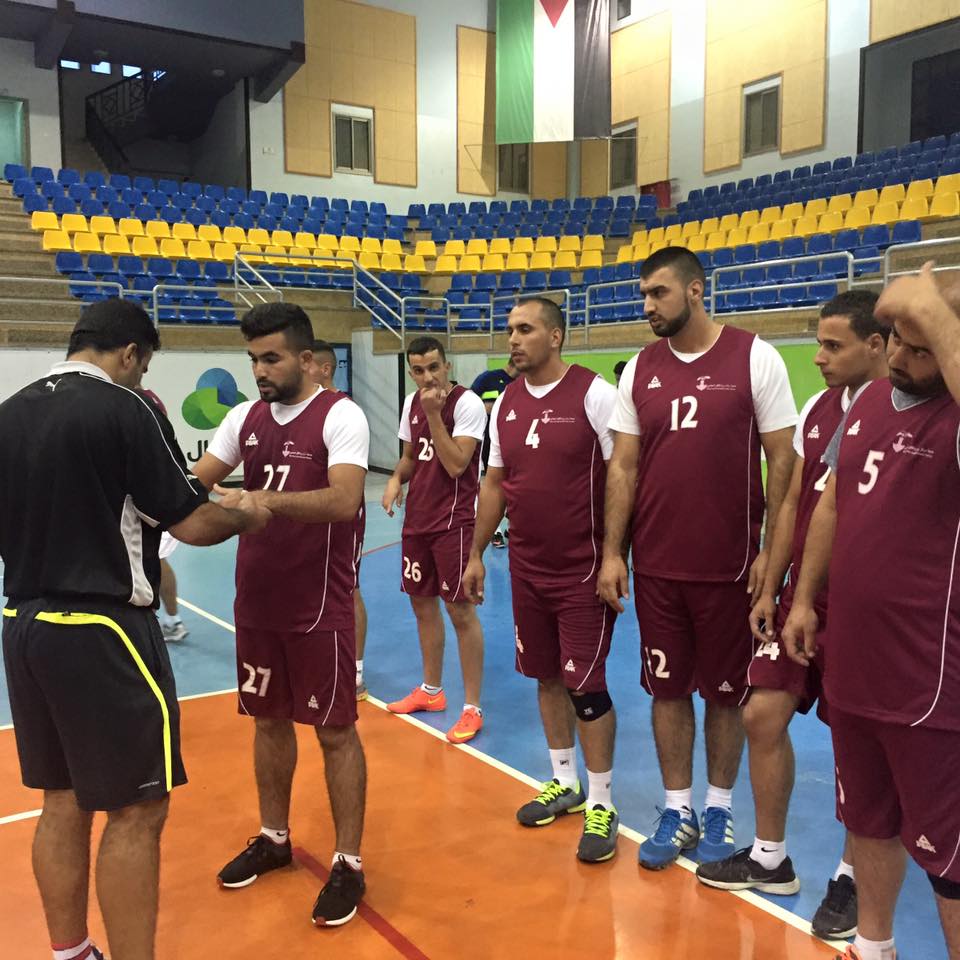 Burj Aluqluq team meets Alnajah University team on Sunday evening dated in 8-11-2015 in a volleyball friendly match to be settled at Nablus. Both teams start their preparations for the championship appointed at the week-end of the mentioned date. The first match will be between Burj Al-Luqluq Society against Shabab ALkhaleel club.

The match was set of at 4 pm, both teams went on pitch with readiness to present the best effort they have, to confirm their experience. Burj Al-Luqluq opened the match with scoring first goals, but quickly their opponent equalizes and scored more goals confirming their domination in the first half.

In the second half, Burj Alluqluq team went on the pitch with high spirits, readiness to equalize; they practiced tactical defensive skills putting the pressure on the opponent and they succeeded to keep up with their opponent in scoring variances.

At the end of the match, Shabab Alkhaleel club manager Sameeh Safadi has commented ‘Burj Aluqluq players are characterized by the capability and the qualified skills for this type of sport , players play as one player with one team spirit , but still they need more training and development skills’

Added, the team needs to reorganize the playing, needs new tactics before going to matches, the players are qualified and talented, but they need the effective tactics to be understood and applied before matches.

On the other side, Burj Aluqluq manager Iyad Almuhtasib has commented ‘this match was the first formal match for the players, most of the opponent players were professional, and some have represented the Palestinian national first team , this helped us to discover the level of our players , the vulnerability, the essential of drawing tactics and the qualified substitutions’

← Emphasizing the importance of supporting the association and protecting the lands. Within Jerusalem Ambassadors project Burj Al-Luqluq Center organizes the first phase of the program: Al-Murshid Al-Safir for Jerusalem school students. →