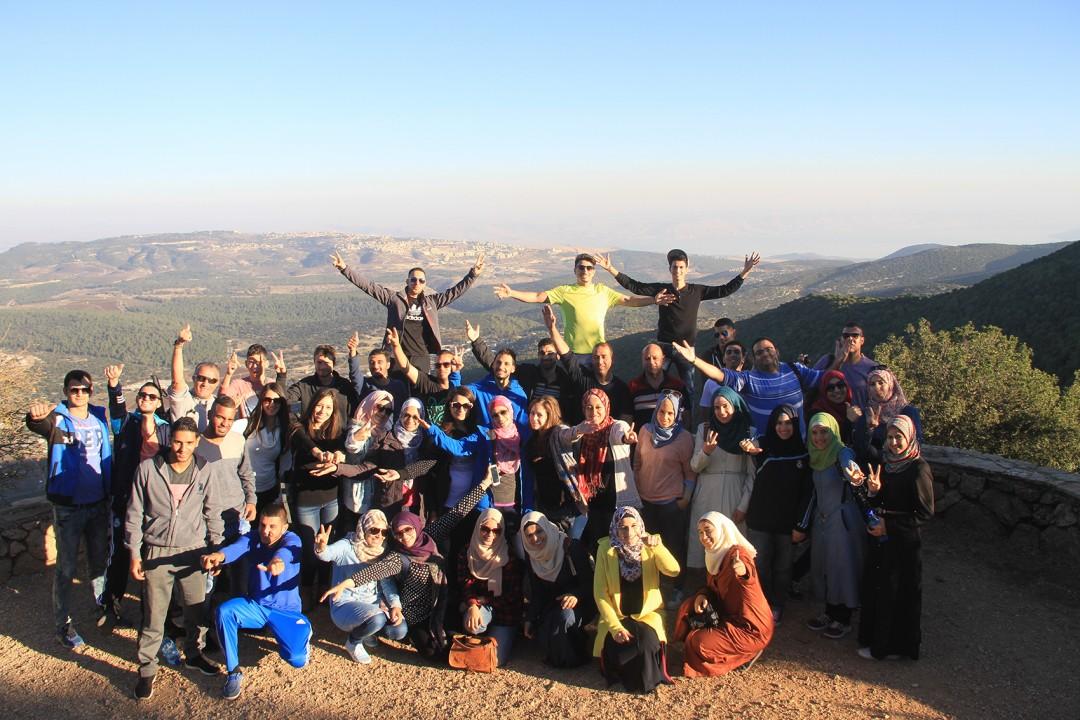 Safad and Enfold the Upper Galilee to Reach the Top of Al-Jurmaq Mountain Burj Al-Luqluq Social Center Society organized a tour to Safad, Al-Jurmaq Mountain and Al-Sheikh Waheeb cave on Friday, 13-11-2015, within Shababek Ya Quds project, funded by the Jerusalemite businessman Munir Al- Kalouti and under the supervision of the Welfare Association.

The tour started at 9 am in front of Al-Rashideyah School with a number of 50 targeted participants.

This project has been accomplished in a period of 1 year and a half with a group of qualified participants. These participants were able to learn leading skills with the assistance of the tourist guide Khaleel Sabri. This tour is the 11th out of 12 tours that have been set to tour Palestine from north to south.

The bus moved to Safad, the participants walked on foot to the city and the tourist guide, Sabri, explained the history of safad, its geographical importance, how the Israeli occupation occupied the city and the surrounding areas. He also informed them about the military importance of Safad. Then, the group visited the Red Khan, Safad’s big mosque in the center and Safad’s Castle. After that, they moved to Al-Jurmaq Mountain, ranked as the highest mountain in Palestine, as its height reaches 1200 meter. Finally, the group went back towards the cave of Al-sheikh Waheeb which was the final phase of the tour.

The supervisor, Ahmad Jaber, confirmed that the participants of this project can be called and named as the “Young Palestinian Guides” after covering most of Palestinian areas, learning paths, roads, street numbers and learning the real and true stories of these cities.