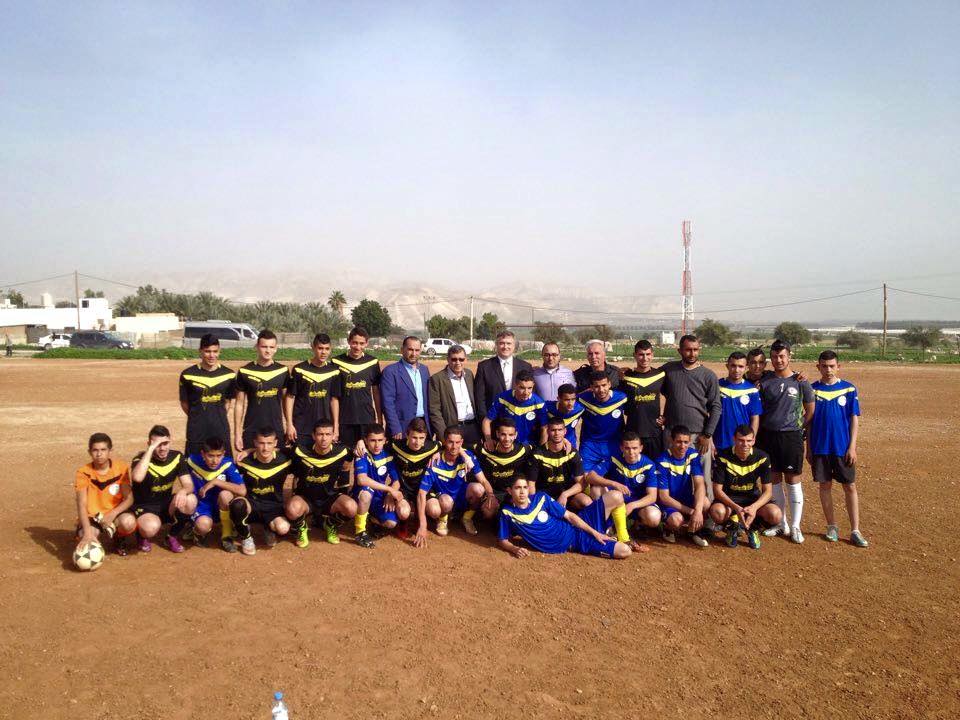 Burj Al Luqluq Social Center organized a solidarity day for Al-Fasayel Village children and youth. The event was financed by the British Council with a cooperation of Al-Fasayel club and its country’s committee.  Activities involved were a football match among children, play, clowns and inflatable games.

Activities started with a number of 150 participants from the village. Muntaser Edkaidek has given a welcoming speech for the audience, participants and the British consul thanking the hosting club and its managers for their contribution. Then, the Consul presented sport kits for Fasayel football first team in presence of Sameer Nuwara, the head officer of the club.

The next phase was moving towards the pitch for organizing the match between Burj Al-Luqluq Fasayel Club (ages of 18 years old).

The British Consul expressed its joy about organizing this event in this village and with these kids. He added that the Council aimed to confirm its support to the village and the club. Finally, the match went on with fair play and high competition, and it ended for Fasayel Team by a result of 3-2.