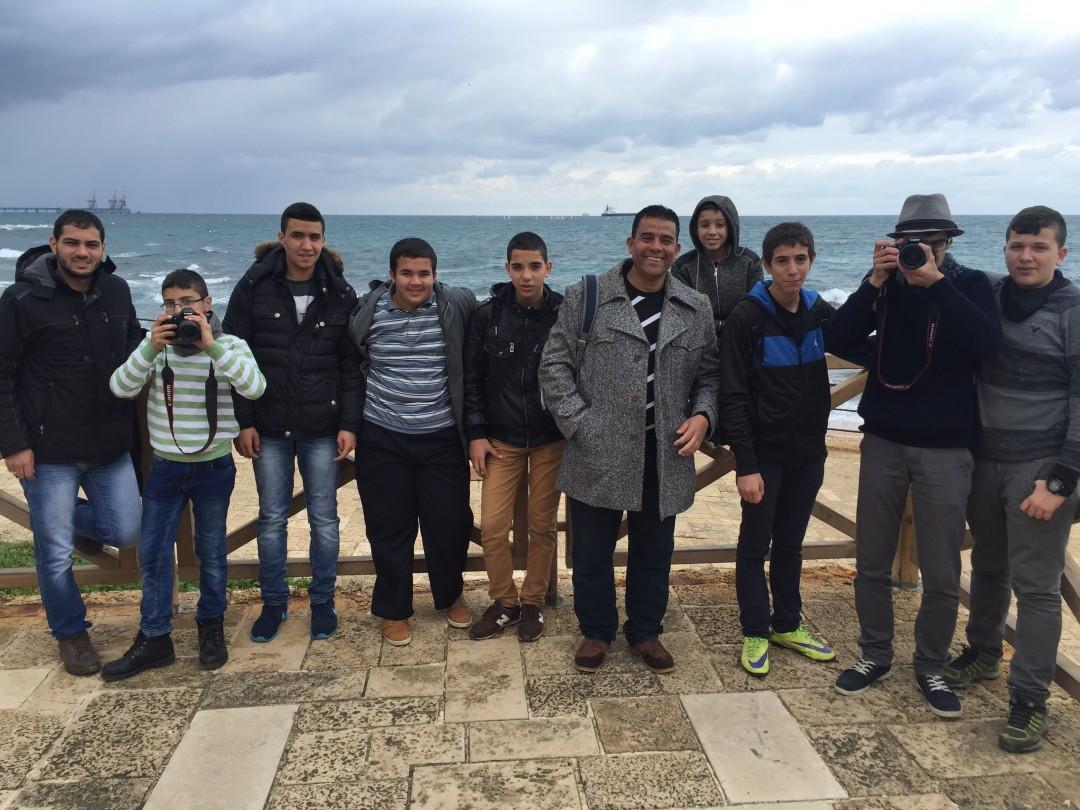 Burj Al Luqluq Social Center Society organized within Juthur project a tour for participants to Haifa and Qaisareya cities to be assigned in Saturday dated 23-1-2016. The tour was about teaching communication, effective leadership and photographical skills for participants. Otherwise, this project was financed by the Jerusalemite British Council.

The tour was set up at 8:00 am in front of Al Rashedyah School in a participation number of 12 of this project which took a period of 3 months.  The participants were taught on communication skills and effective leadership by the coach Abdul Raheem Mahmmoud, and photographical skills and social media by the coach Mohammad Dweik.

The bus moved to Al-haram village, visiting Ali’s mosque and photos were captured on the Palestinian coast, and then they moved to Qaisareya village where Romanic, Islamic and the Crusader archaeologies exist. Finally, they went to Haifa, Al-Baha’een garden and bridges in Al-Sheikh town and photos were taken on the beauty nature of Palestine.

Within the tour, the coach Abdul Raheem Mahmmoud reinforces the team spirits by involving games to students through building communications basics among students and visited societies. Moreover, the tour was characterized by a combination of well-chosen communication, leading and photographical skills raising the chance of delivering the right vision to discuss the real life conditions of each visited area.

The project coordinator and photographer Mohammad Dweik confirms that the beneficiaries were taught on representing the leaders in their places and societies to overcome daily acted social negative ills. Furthermore, he adds that most beneficiaries who are from the old city, will practice what they’ve learned in their society and giving the right support through social media.