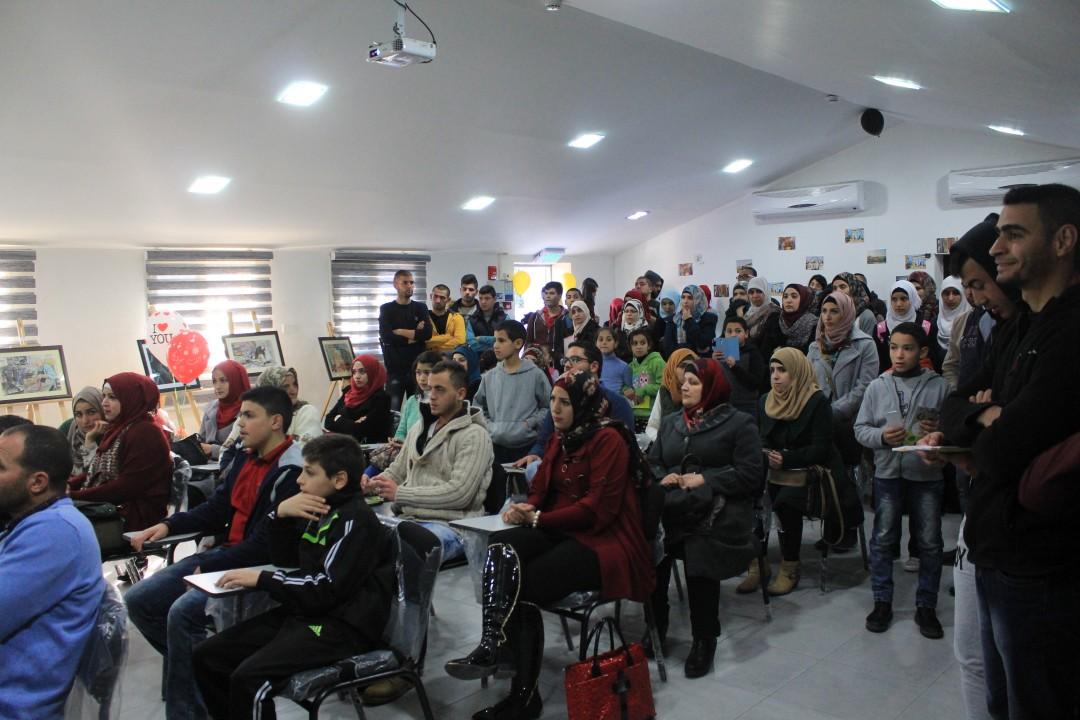 The exhibition included many creative paintings done by the Jerusalemite artist Hanadi Attiyah, who participated with a number of special collections painted by her. Her paintings talked about the daily life in Jerusalem, as the paintings focused on activities and initiatives that took place in Bab Al-Amoud (Damascus Gate). The exhibition also included a number of photos taken of Jerusalem, its markets, neighbourhoods and its religious and historical places.

During the exhibition, Sunaa’ AL-Hayah group displayed a short movie titled “Jerusalemite Ambitions” which views young initiators as role models. This movie was prepared within “Youth Groups” project, executed by Burj Al-Luqluq and Pal-Vision, funded by the UNFPA and supervised by the Higher Council for Youth and Sports.

Ahmad Jaber, Shababek Ya Quds project coordinator, said that this project has created a special space for the Jerusalemite youth to present their creative works and prove themselves.

On his behalf, Mohammad Salah, Sunaa’ Al-Hayah coordinator, thanked Burj Al-Luqluq Center, adding that Burj Al-Luqluq has become the Jerusalemite home that gathers all youth and youth initiatives that serve Jerusalem and  make a change.