Implemented by Burj Al-luqluq Social Center Society and Supervised by Welfare Association Youth Ambassador Program Part 2 Revives the Land’s Day in a Tour to Galilee and the Wadi Al-Oyoun. 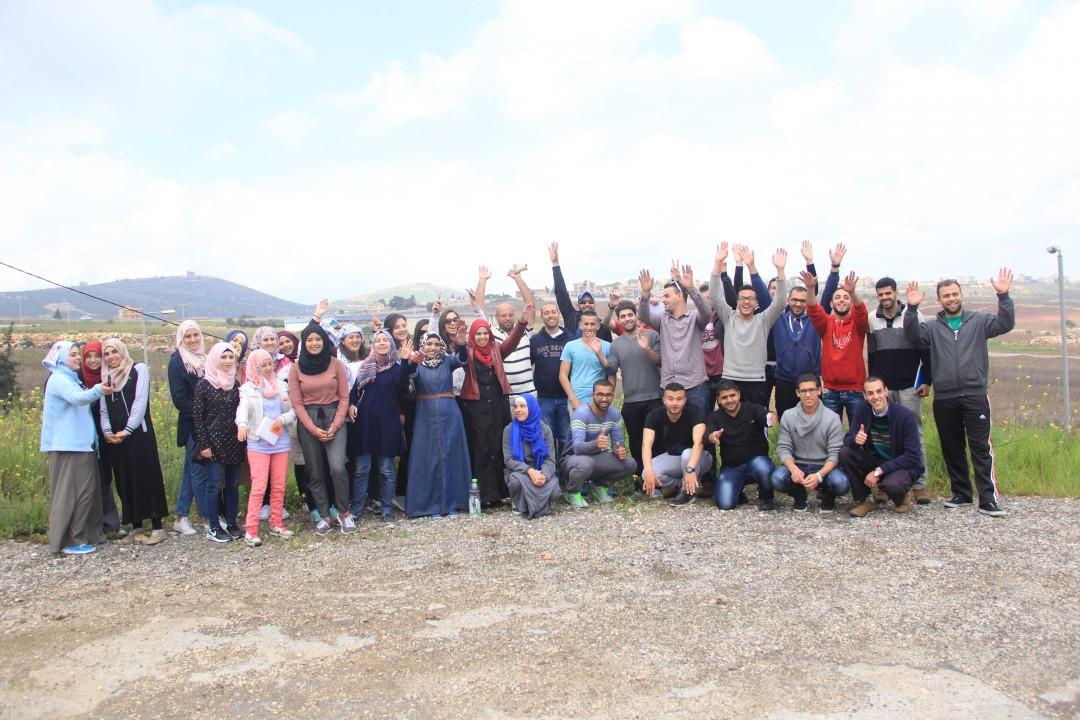 For reviving Palestinian lands and reinforcing the Palestinian identity for the lands which were occupied in 1948. Burj Al-luqluq social society organized the third tour within Youth Ambassadors program part 2 to Al-Galilee and Wadi Al-Oyoun with participants number of 50 Jerusalemite youth from Live Al-Burj Project which financed by the Arab Development Fund through the Islamic Bank and under the supervision by Welfare Association.

After that, they went to Wadi Al-Oyoun  and walked for 2 hours, watching waterfalls and different aqua springs  which were considered the most richly aqua sites in Al-Galilee.

Finally, the bus moved to Al-Menara Mountain which contained Al-Hawleh plain, Al-Sheikh Mountain, Al-Jolan Hill and the Prophet’s area which Khaleel Sabri focused on to explain and to demonstrate Al-Nakba’s event in 1948 and what happened to the village.

The project coordinator Ahmad Jaber confirmed that Burj Al-luqluq social society considers this program as one of the most important programs to be maintained for reinforcing the Palestinian identity, confirming Jerusalemite youth in securing the lands by maintaining archaeologies and history and reinforcing the Palestinian presence in different Palestinian historical areas specially the occupied and depopulated sites in 1948.