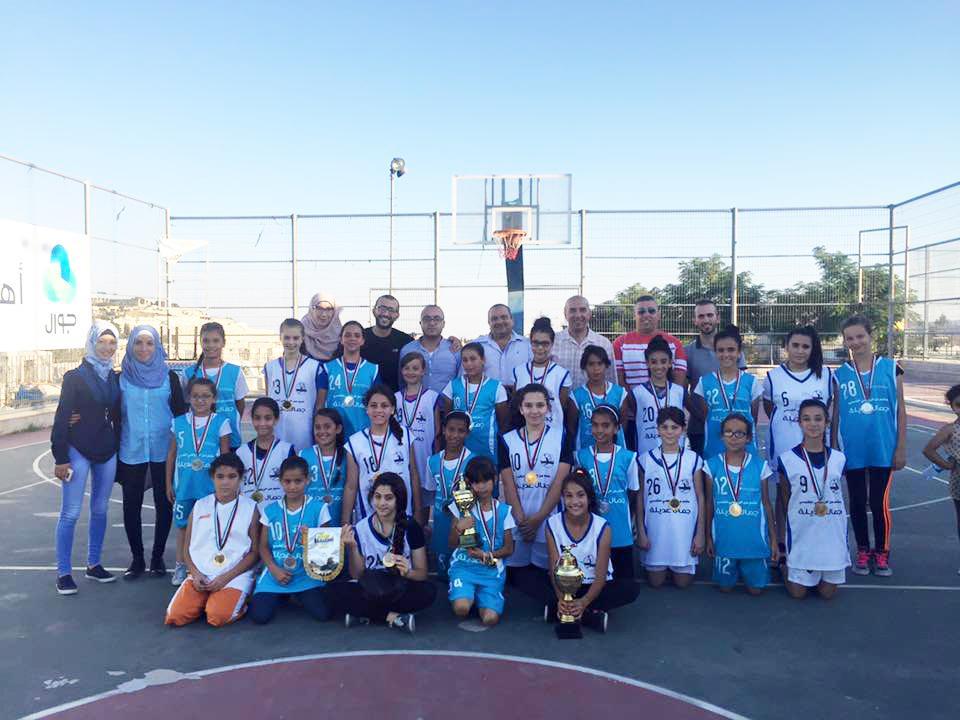 Burj Al-Luqluq pitches were used to host these matches in a full sport day between players from different clubs.

The first match was set off at 4:30 pm between Burj Al-Luqluq football team and Palestinian Academy for Talented Footballer in the award of  ‘the cup of the departed Ahmad Adileh for boys whom were born in 2002’. The game was characterized by fair play and high levels of competition between the players and the first half was ended for the Academy’s team in two goals differences lead. Finally, the match was ended for Academy’s team by a result of 5-1 confirming their domination as the champions of the cup.

Otherwise, another basketball match was settled between Burj Al-Luqluq basketball team and Jerusalem’s academy team for players whom were born 2005 and 2006.  The match started with a big chants from the crowds and was characterized by high levels of competition between the players. The first and the second half were a tie between both teams but in the third half Jerusalem’s Academy succeeded and has won the cup by a result of 6-4.

At the end of the event, Jamal Adileh presented a speech by which he thanked all participants, staff, referees and crowds for their attendance and support. He also confirmed that Qudsna Gathering is consistent to celebrate its 10th anniversary and he will work on organizing and coordinating rehabilitation and developing Jerusalemite coaches and referees in the collaboration and partnership with Olympic Palestinian Committee and Palestinian Unions.

Moreover, Qudsna Gathering honored the Doctor Ahmad Abu Mayaleh who graduated from Misr University for Science and Technology in medicine and surgery title.