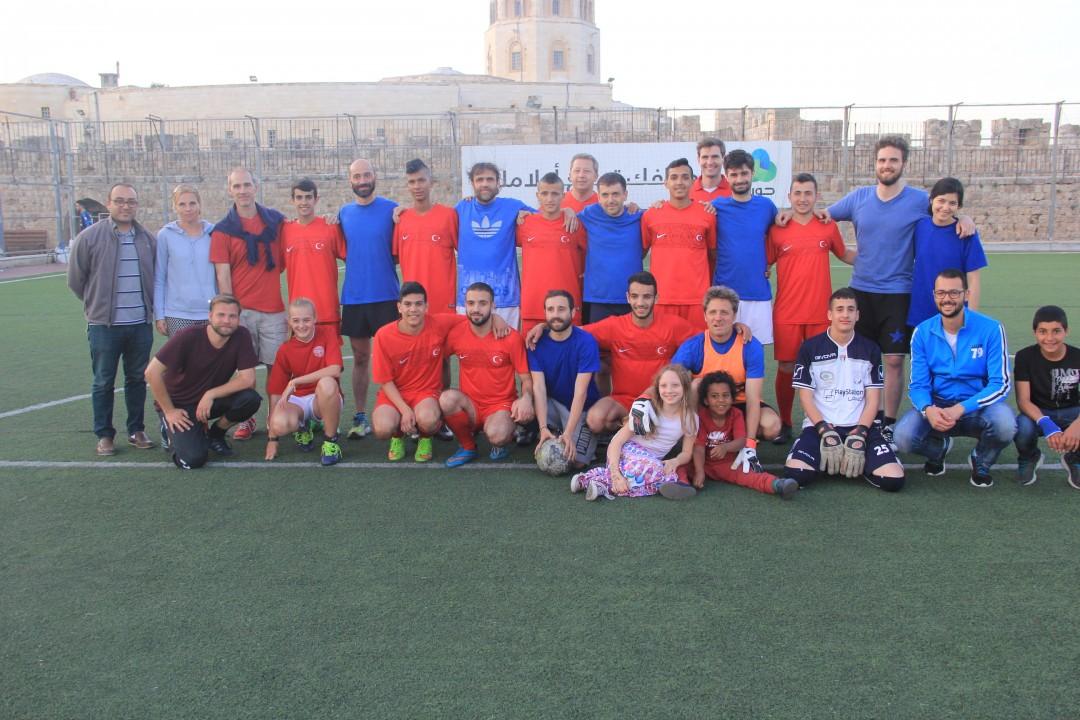 Burj Al-Luqluq Social Center organized a tournament in Jerusalem to support the 15 Jerusalemite boys whom are going to participate in the international soccer tournament in Copenhagen- Denmark.

The Tournament started with a participation of seven foreign teams which are the Danish, Italian, French, American, Oxfam and NCR institutions and the Jerusalemite local Burj Al-Luqluq team.

Burj Al-luqluq volunteers participated in the event and were presenting  entertaining, artistic and food services, which were given in exchange of tickets. The services provided were; drawing on faces, free drawing activities, selling sweets and nuts, entertaining games for children and other services for participated foreign children.

The Tournament went on with high competition and spirits. The semi-final contained four teams including NCR, Burj Al-luqluq, Italy and the Danish Team, and the final match was between the Italian team and Burj Al-luqluq team which was ended for Burj Al-luqluq as the champions of this tournament.

At the end of the event, the Italian team was honoured and given the cup and medals as winners of this tournament in terms of fair play and respect for hosting them in Burj Al-Luqluq Social Center.

Finally, Muntaser Idkaidek thanked the volunteer Ann Jensen, the tournament coordinator Aya Sbitan, the coach Khaled Abu Dalo and the audience for the great coordination of the entire event which was designed for covering expenses concerning Burj Al-luqluq team international participation in Denmark.

← Youth Photographical Exhibition Opening Ceremony Burj Al-Luqluq Honours the Militant Subhi Ghosheh on its Facilities in the Old City. Funded by the British Council and its General Consul Ceremony Attendance Burj Al-luqluq Graduates the Participants of the Program ‘Juzur Shabab 2’ →