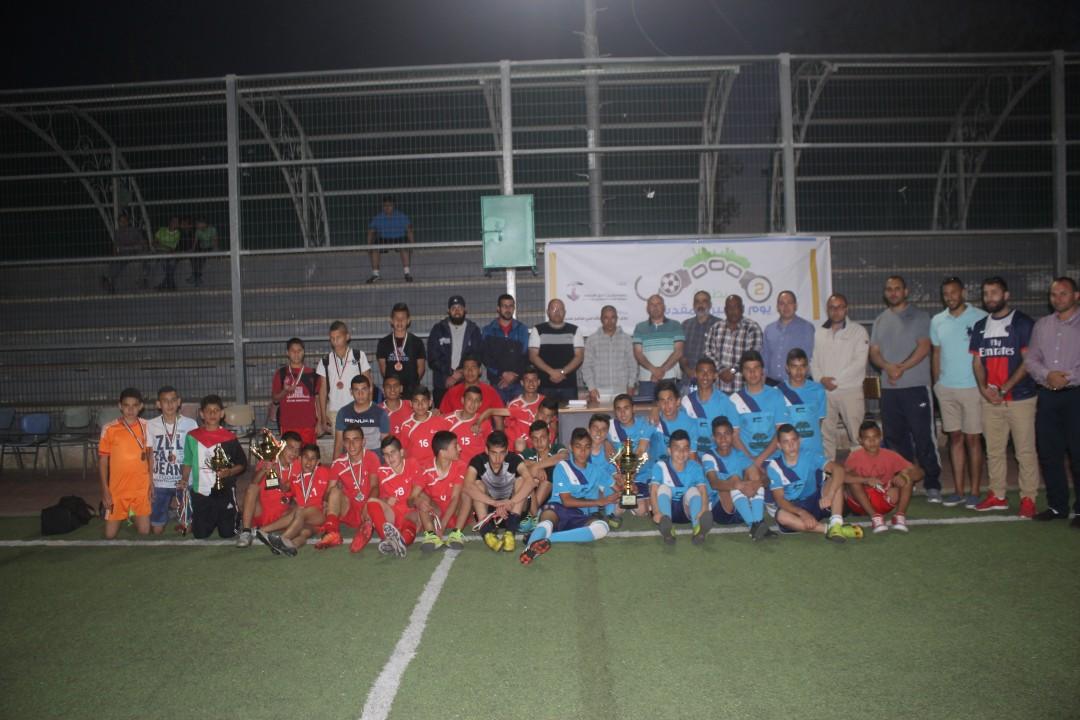 Within the strong competition in the tournament, Beit Hanina football team won the cup of Jerusalemite Prisoner’s day tournament which was conducted on Burj Al-Luqluq pitches in Bab Hutta neighborhood in the Old City. The tournament was organized by Burj Al-Luqluq staff in cooperation with Al-Aseer Team in Jerusalem, and was sponsored by the businessman Samer Nseibeh and with the attendance of representatives from different sport and political institutions whom were involved in political violations.

The tournament main sponsor Nseibeh said that the coordination of this tournament is the least thing we can provide to our brave prisoners confirming that without them there is no indicator for our existence in Jerusalem. Moreover, he adds that in this formal tournament, we remember them, we maintain their historical achievements in our minds and we revive the idea of scarification for the lands . That’s it, they are the compass to freedom and independency.

Al-Aseer Team head manager, Naser Al-Qous thanked the coordinators of this annual tournament mentioning specifically Naser Nseibeh and Burj Al-Luqluq managerial staff that support our brave prisoners whom are living currently in the Israelian prisons in order to deliver a message to our children about their hard life conditions and specially after the huge number of prisoners including 400 Palestinian child suffering from oppression and punishments in these prisoners. Moreover, he emphasized on  the importance of  continuous conduction of this tournament due to its positive results on residents and participants minds and awareness levels.

The Executive manager, Muntaser Idkaidek said that we are aiming to revive Jerusalemite Prisoner’s Day and prisoners issue in Jerusalem for increasing and strengthening the pressure for reducing the inhumane violations practiced by the Israelian prisons managements. Furthermore, he adds that we present our political issue of the Palestinian people through using sports methods and events.

The sports department manager in Burj Al-Luqluq Social Center Society , Nihad Zughaiar supervised the coordination of this successful tournament and presented the closing speech of the event which contained providing medals and cups for the winners.