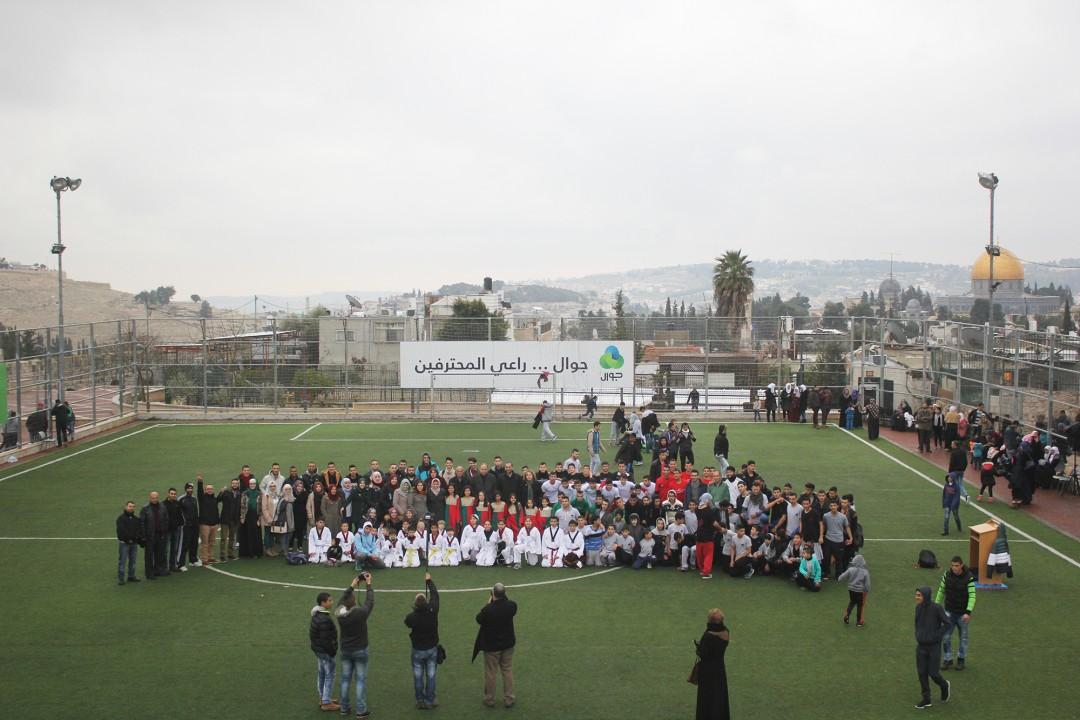 Burj Al-Luqluq Social Center celebrated Shababik Ya Quds project, funded by the Jerusalemite businessman Muneer Al-Kaloti and supervised by the Welfare association, on Burj Al-luqluq facilities. Around 500 participants attended the ceremony, including the  participants of  drawing,  photography, and the Young Guide courses, the Jerusalemite neighborhoods football tournament, and visitors of the artistic exhibition ‘ Ghroub Al-Wake’ ’ for the Jerusalemite artist Sonia Al-Taweel.

Burj Al-luqluq social center manager Muntaser Idkaidek has given a welcoming speech to the crowd confirming the conduction of leading successful generation and introduced the presenters Mohammad Al-Qazzaz and Latiefeh Abdul Latif.

And then, Al-Husseini confirms two things, the first is that Burj Al-luqluq social center is the crucial story of Jerusalem, title of resistance, endurance, development and success and the second is Burj Al-luqluq staff, managers and participants are capable to endure and to resist any Jewish violations and procedures .

Within the ceremony, three shows were presented. The first was a show for the Jerusalemite Parkour team show form Burj Al-Luqluq in a number of participants of 40 player. The show highlighted by talents and entertaining skills and it was supervised by the coach Qutaibah Abu Snieneh. The second was a Taekwondo show in a number of participants of 30. The show highlighted by fighting and defending skills and was supervised by the international expert Mohammad Khaleel. The third was a traditional Palestinian dance ‘Dabka’ show in a number of participants of 20 Burj Al-luqluq girls. The show was divided into 2 sections, the first was with young ages show and the second was with the big ones under the supervision of the coach Tamam Nofal. Finally, pictures were taken among players, crowd and administrative staffs.

After all, Jerusalemite affairs governor has opened Ghroub Al-Wake’ exhibition for the artist Sonia Al-Taweel in partnership with the doctor Safa’ Nasser Al-Deen. The show attracts all the crowds and Sonia presented detailed description on each photos to the governor and crowds.