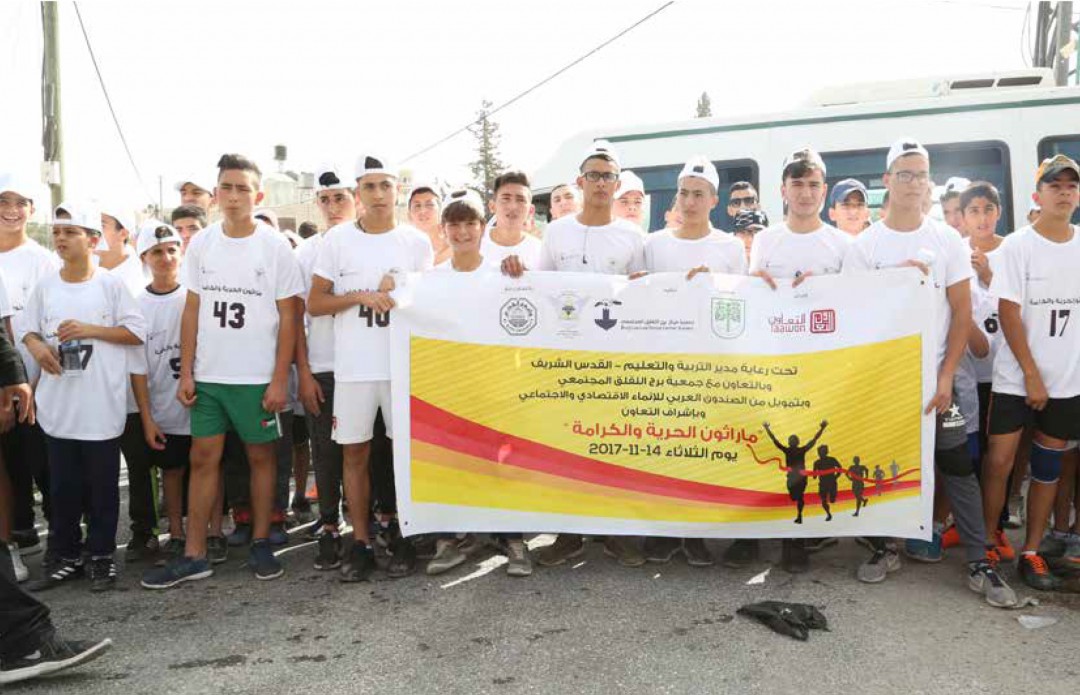 Burj Al-Luqluq Social Center Society, the Ministry of Education and Al-Quds University organize the “Freedom & Dignity” Marathon for the second year in a row, on Tuesday 14/11/2017 with the participation of 280 students. The marathon was organized within the sport development project in Jerusalem schools, funded by the Arab Fund for Economic and Social Development, and supervised by the Welfare Association.

Around 30 Jerusalemite schools participated in the marathon as the instructor Hisham Idrees from Al-Quds University took care of organizing the event alongside with the Physical Education Department, Burj Al-Luqluq Staff, the Ministry of Education, in addition to the Red Cross First Aid Unit and the Palestinian Police.

The marathon took off from two different locations; Al-Sawahreh and Abu Deis and they headed to the Al-Quds University. After the marathon, the winning people received medals.