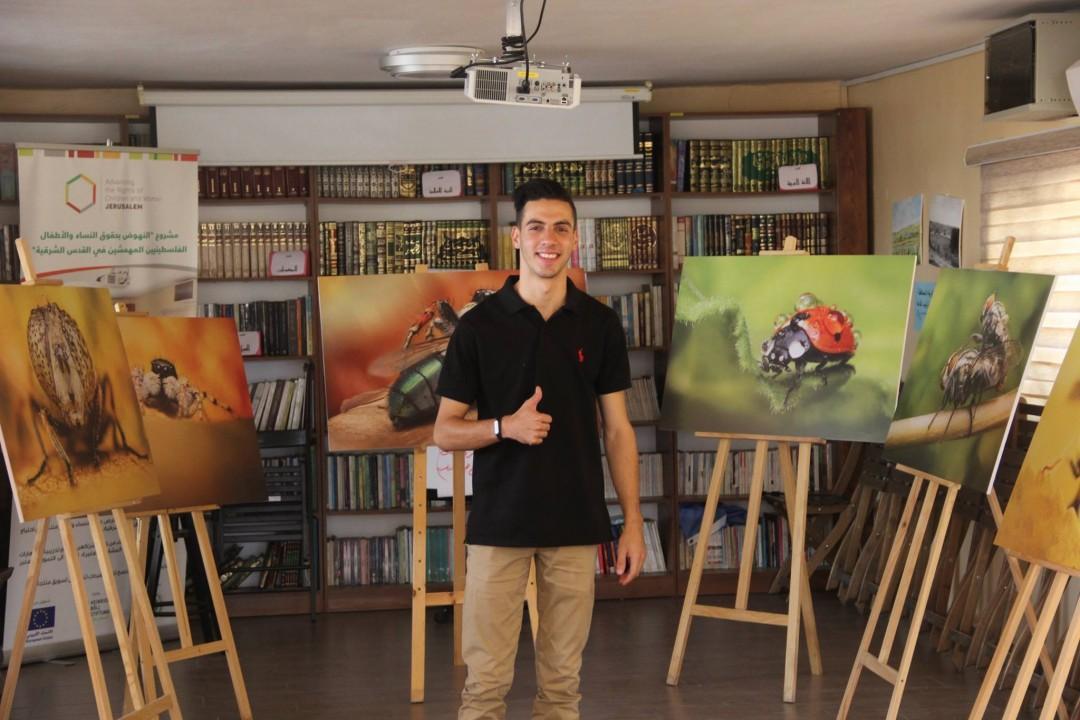 Burj Al-Luqluq Social Center Society has launched the exhibition ‘Invisible world’ for the Jerusalemite photographer Mustafa Ghrouz along with the implemented exhibitions within the project ‘ Live the Burj’ which funded by Arab Development Fund through the Islamic Bank and under the supervision of Welfare association.

The exhibition contained on fifteen picture of insects which were taken within two years through observations and identifications of insect’s nature of life, locations and foods.

More than 200 visitor attended the show which included a presentation and a discussion of insects life, names, feeding process and their invisible world.

Mustafa Ghrouz confirmed that this experiment is the first experiment of his entire career, he also added that these types of pictures are unknown and unobvious for the audience and it’s important  to recognize them in brief through art and photography exhibitions. Finally, he thanked Burj Al-Luqluq Center for granting him the opportunity to market his own products of art.

Burj Al-Luqluq executive manager Muntaser Idkaidek confirmed that the project ‘live the Burj’ is one of the most active projects implemented for granting Jerusalemite youth the opportunities to express their talents through initiatives, events and exhibitions.