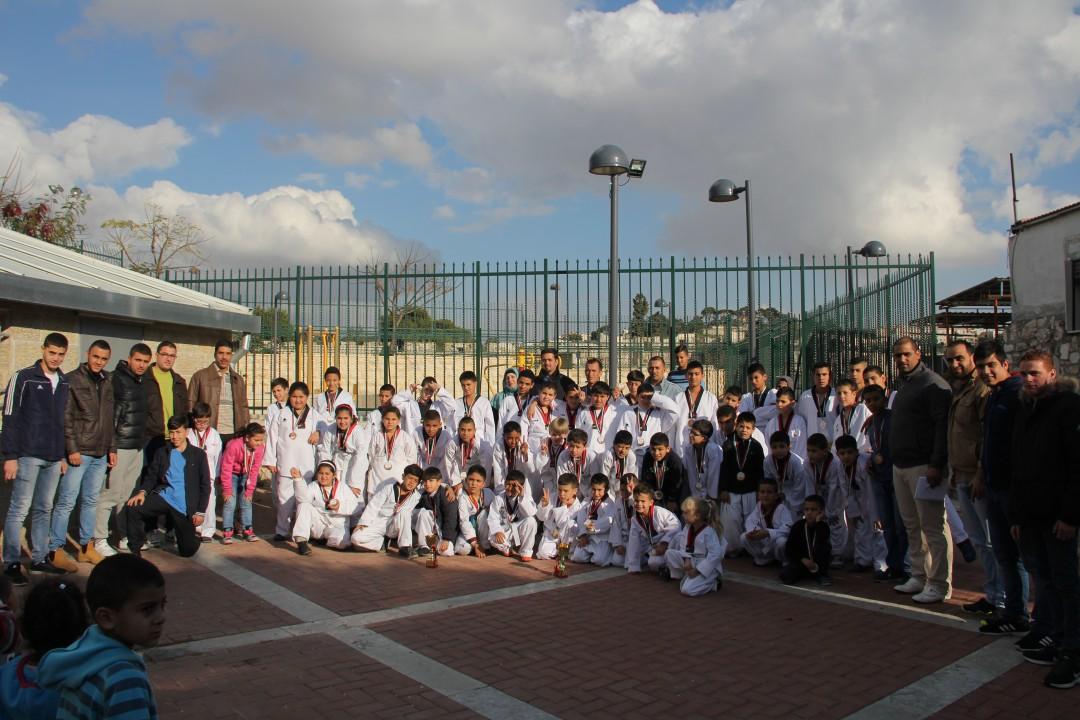 Burj Al-Luqluq Social Center Society organized its first Taekwondo championship in December 2016, within Live the Burj project, financed by the Arab Development Fund through the Islamic Bank and under the supervision of Welfare Association, and in an involvement of 80 female and male players.

The championship started at 9 am under the supervision of the Taekwondo coach, Mohammad Khalil, who organized most logistic stuff, with the assistance of Alma’had Al-Arabi coaches, Abu Baker and Mohammad Judeh who assisted in championship coordination.

After 2 hours of strong competition between participants and with the attendance of their relatives,  the
Head of Board Members, Nasser Ghaith, the Executive Manager, Muntaser Edkaidek, in addition to Ahmad Srour , Head officer of Alma’had Al-Arabi Fu’ad Obeide , the Treasurer, Sa’id Misk , and the coaches honored the winners of young ages competition.

After the break, the championship for adults continued and it was characterized by strong competition and huge crowd attendance, in addition to interaction with the players and tempo, raising voices for encouragement and motivation for the players until the end of this competition.