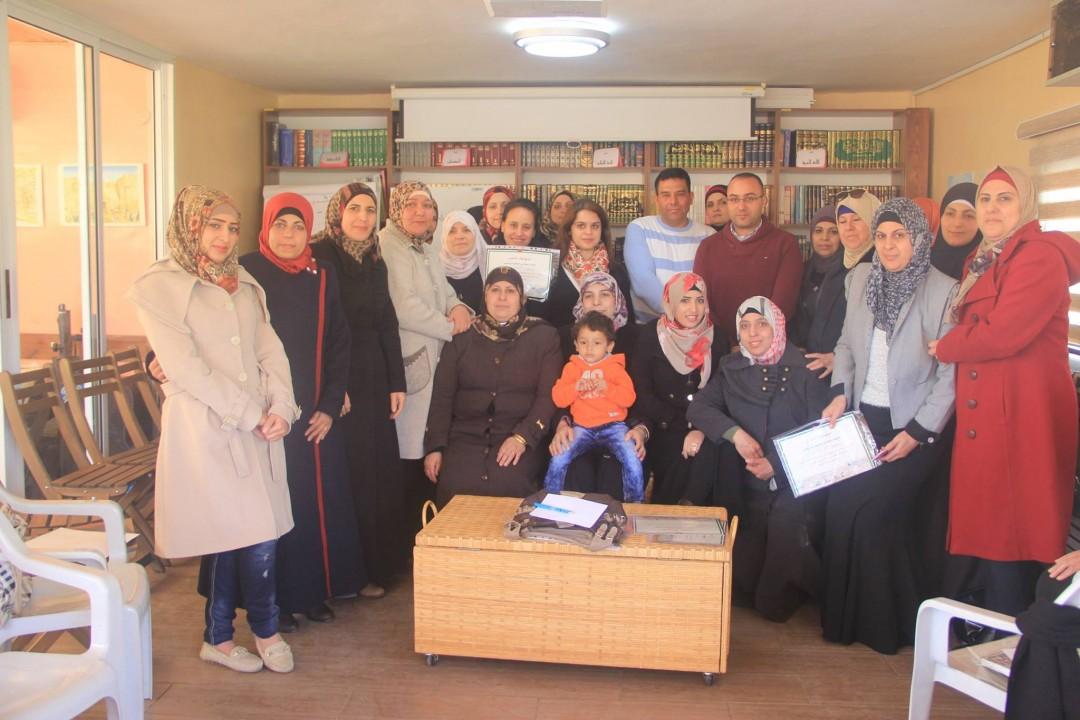 Burj Al-Luqluq social center organized ending project ceremony in Sunday dated in 31/2/2016. This project was financed by the Swedish agency among UNISCO assistance, and was supervised by welfare association.  The ceremony contained highlighting what skills women were taught through the 4-months training period.

Within the ceremony, the coach Abdul Rahman has commented that each woman has its own personality, women are positive element for children, husbands and social life, emphasizing the importance of maintaining implemented initiatives and the importance of delivering these experiences to women whom were uninvolved in this project.

In the end of the ceremony, women ate their hand-made cookies, sweets and lunch. Moreover, participants shared their happiness from this project confirming their essential need for more of these type of projects and sessions.

Furthermore, one of the participants  expressed two things , one is this project extended women minds in many aspects in supporting and communicating women in Bab Hutta and Old city neighborhoods , and the second is Burj Al-luqluq has became a healthy kindergarten for women and Childs through activities, projects and courses .