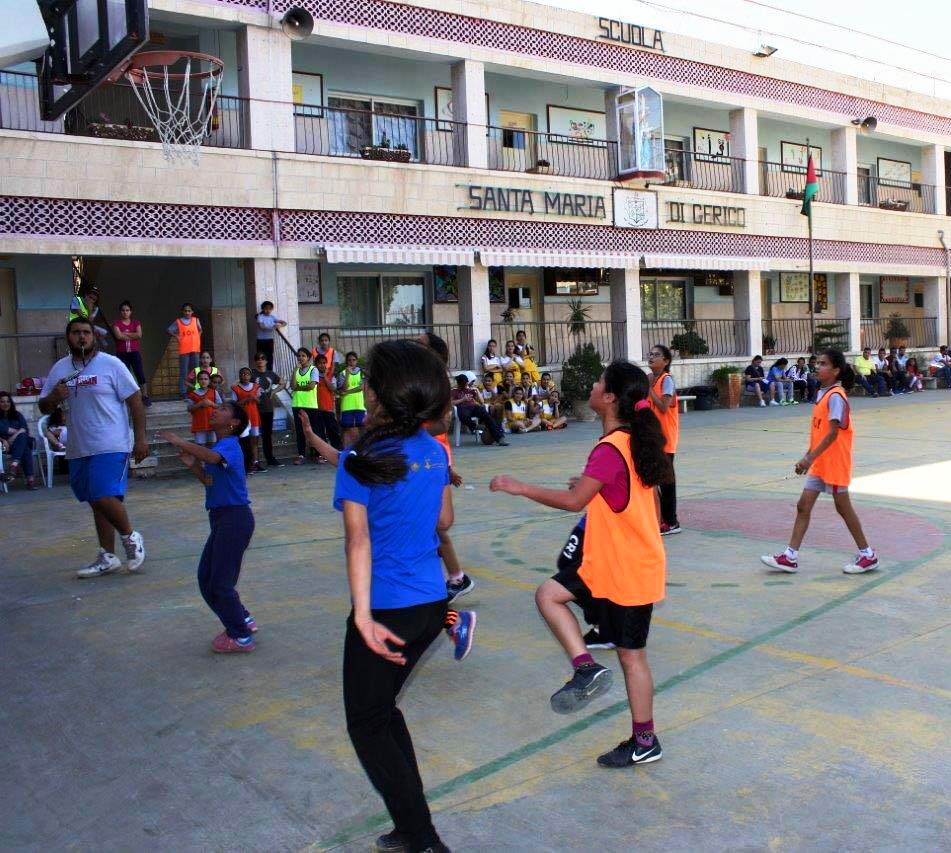 Burj Al-luqluq social center society in cooperation with seeds of hope association organized sport open day in Jericho within learn & play program which implemented by Burj  Al-luqluq social center and financed by pontifical mission association . The activity started in 10 am from Jerusalem and with a number of participants of 40 female Burj Al-Luqluq Basketball player, ages are between 7 to 12 and 13 to 16. Moreover, Ahmad Jaber, the sport supervisor and the coaches Fares Abu Snieneh and Haneen Risheq attended this activity.

The competitions started at 11:00 am, it started with young ages. The first match was set off between both teams and the winners were Seeds of Hope team in 6 against 1 lead.

The second match was set off between both teams for bigger ages, the match was characterized by high competition and fair play and the winner was Burj Al-luqluq team in 15 point against 13 lead. Moreover, handshake and taking photos between both teams were provided after the match. Finally, attendances went to Jericho’s downtown to have lunch meal and got back to Jerusalem.

Ahmad Jaber, the sport supervisor of Burj Al-luqluq social society confirms that this activity aims to grant the opportunities for Jerusalemite players to communicate players from different areas to acquire experiences.

Furthermore, Seeds of hope Coach Elias Bano thanked Burj Al-luqluq staff and managers for organizing this activity adding to his intention in visiting Jerusalem and recognizing Burj Al-luqluq place and other activities.

It’s worth mentioning that this activity is considered as one of the most creative ideas implemented by Burj Al-luqluq social center to develop participants in many aspects such as academic, social and sport in which participants are given educational missions and after achieving them , they practice entertaining activities .