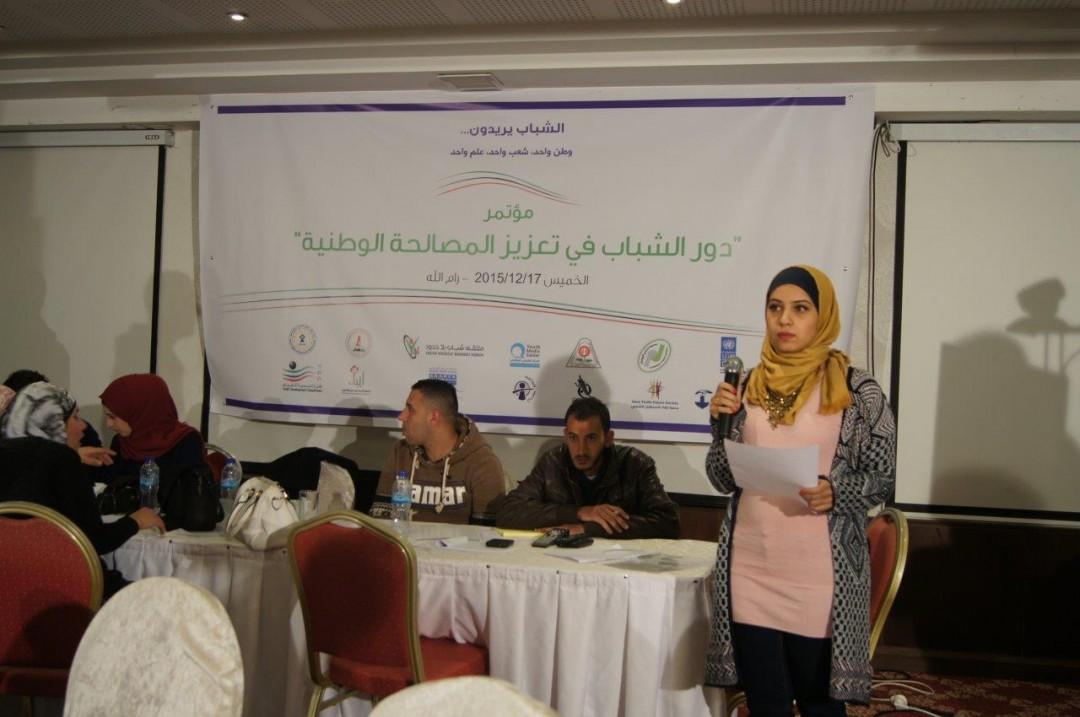 As an initiation of the UNFPA, Burj Al-Luqluq Social Center Society and a number of community organizations, “The Youth Voice” conference took place in Ramallah and Gaza in sync to end up the division accomplish reconciliation under the motto “The youth want one homeland, one nation & one flag”

The preparation committee for the conference pointed in its last speech that holding this conference attended by people from different parties and sectors in the West-Bank, Gaza and Palestinians in the occupied lands, in addition to the blessings of refugees in camps and diaspora, comes within the frame of ensuring the participation of youth in life of its aspects, strengthen their historical role in active participation in national resistance against the Israeli Occupation of the Palestinian lands, and to reinforce their national role in maintaining the Arab Palestinian unity.

The participants discussed, in general and specific sessions, the drawbacks of the continuous division among the Palestinian community and its national resistance, confirming the unified PLO representation of the Palestinians whenever they exist.

The conference called for forming a national discussion blog that contains all the elements of the Palestinian nation, centered in the youth movement with its different political and ideal views, in addition to create a committee that follows-up the implementation of the conference recommendations.