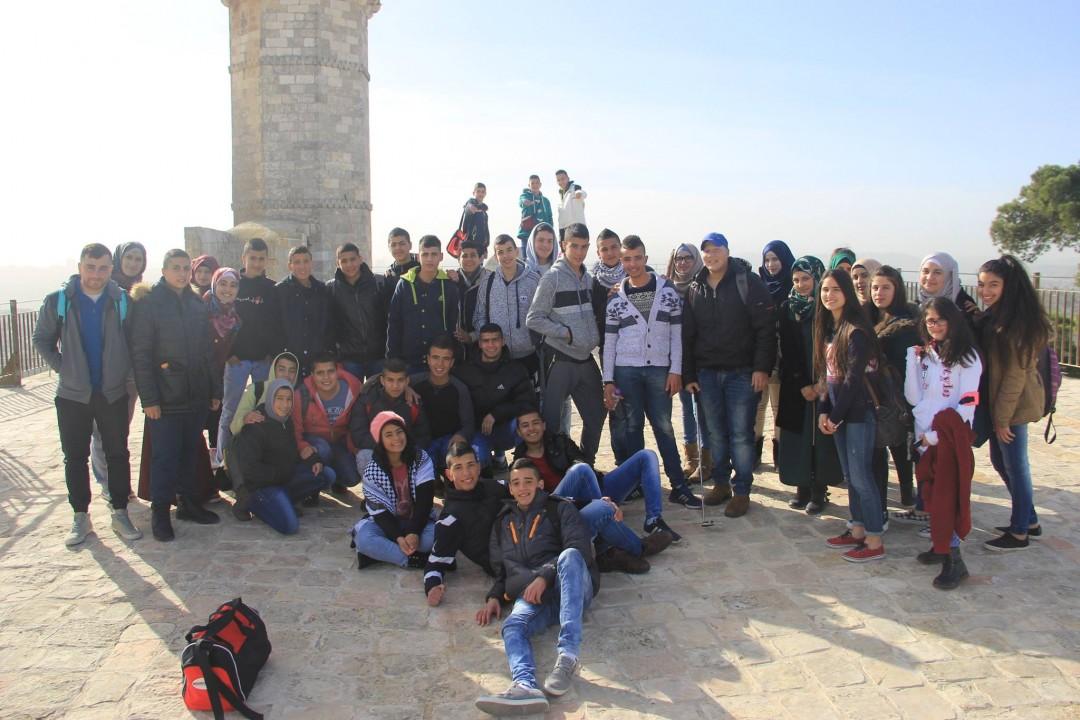 Burj Al-Luqluq Social Center Society organized two tours to some Palestinian villages that were displaced in 1948, within “The Young Ambassador” program, organized by the center, funded by NDC and supported by the International Fund.

In the first tour, the group went to Al-Ludd, Al-Ramla and Yafa, and during the second tour, they visited the displaced villages around Jerusalem that were occupied in 1948 and 1967.

The Young Ambassador program targets 50 male and female students out of 300 students of the schools of the Ministry of Education, in addition to the Jerusalemite schools. It aims to support the Jerusalemite students in terms of enhancing the Palestinian identity, life skills, initiatives and vocational guidance. It is good to mention that this project is executed by Burj Al-Luqluq in partnership with Pal Vision and Al-Saraya Center.